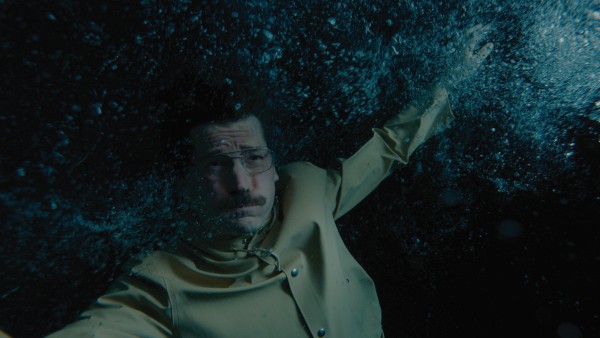 Director Jonas Arnby began his career in the film industry directing award-winning music videos, commercials and short fiction films and quickly established himself as one of the most successful Danish commercial directors. Jonas Arnby’s first feature film When Animals Dream was selected for Cannes’ International Critic’s Week and was screened at more than thirty festivals all over the world. Suicide Tourist is his sophomore feature film.

2001 Hjemvendt (short)
2004 Manden der blandt andet var en sko (short)
2014 Når dyrene drømmer | When Animals Dream
2019 Selvmordsturisten | Suicide Tourist
Max is an insurance claims adjuster who is investigating a strange disappearance case. The trail will lead him to Aurora Hotel, a remote luxury resort that caters to special clients’ desires, assisting its guests to fulfill their suicidal fantasies. Max is lethargically immersed into a maelstrom of disorientation and confusion, questioning all certainties of his life, as he comes to understand that suicide might be the only way out of this maze of paranoia. An existential “wake-up call,” set in a mesmerizing polar landscape, through which emerges an inner struggle for dignity and – ultimately – love.
Screening Schedule