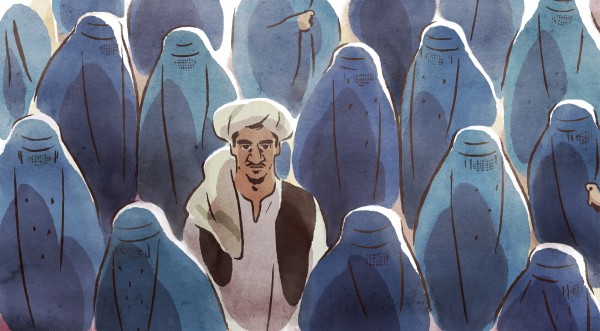 Zabou Breitman (or simply Zabou) is a French actor and director, who has acted in dozens of roles in movies and television series, over the last forty years, along with a highly prestigious career in theatre. Her directorial feature debut Beautiful Memories won the César Award for Best First Feature Film. Zabou Breitman is the daughter of the late actor, director, playwright and songwriter Jean-Claude Deret.

Eléa Gobbé-Mévellec has worked as a graphic designer on various TV productions and advertising projects. Moreover, she has worked as an animator and cartoonist in a series of short films. Her two first short films as a director, Madame and Escale, were selected for the Annecy International Animation Film Festival. The Swallows of Kabul is her first feature film.

2019 Les Hirondelles de Kaboul | The Swallows of Kabul
Kabul, late 1990s. The reign of the Taliban has plunged local society into obscurantism. Every form of artistic expression is suppressed, public stonings and executions are taking place on a daily basis, fear has seized the hearts and minds of the citizens, women are perceived as objects rather than human beings. In this meticulously crafted animated adaptation of the titular best-selling novel of Algerian writer Yasmina Khadra, hope finds a way to survive in a morbid environment. A heartbreaking tale of unspeakable pain and extraordinary self-sacrifice, reminding us that humanity is the noblest of virtues.
Screening Schedule

The Swallows of Kabul