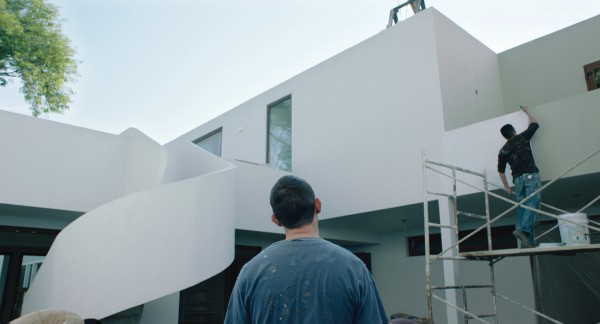 Mexican director David Zonana has collaborated in the production of films Chronic and April’s Daughter directed by his fellow countryman Michel Franco. He directed the short films Princess, Sangre alba and Brother, which were released at numerous festivals in Mexico and around the world. He has been hailed by Variety magazine as one of Mexican cinema’s emerging talents.

2014 Princesa (short)
2016 Sangre Alba (short)
2017 Brother (short)
2019 Mano de obra | Workforce
In Mexico City, a group of construction workers toil to complete a luxurious villa on time. The fall of Claudio from the upper floor to his death devastates his brother Francisco, who worked alongside him. His grief shifts to fury when medical tests allegedly indicate alcohol in Claudio’s system, offering the owner a way out of compensation. Enraged by this outrageous display of injustice, Fransisco meticulously weaves a plan of counterattack. A precise and crushingly effective minimalistic thriller, of organically juxtaposed layers, that “constructs” an edifice of class-clashes and power structures, on its way to an unexpected culmination.
Screening Schedule