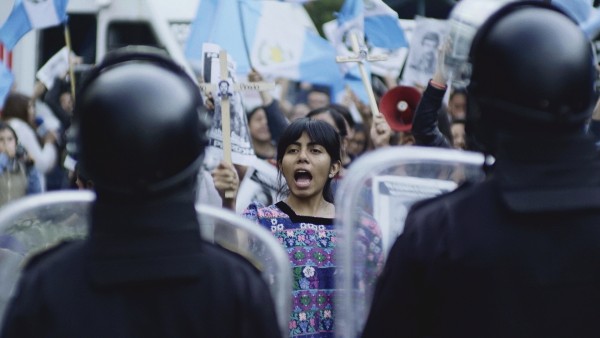 Guatemalan director Jayro Bustamante began his professional career in advertising, before studying Film Direction in Paris and Screenwriting in Rome. Upon his return to Guatemala, he founded his own production company and directed his first shorts films. His debut feature film Ixcanul won the Alfred Bauer Prize at the Berlinale, as well as over 60 awards in international festivals all over the world.

2012 Cuando sea grande (short)
2015 Ixcanul
2019 Temblores | Tremors
2019 La Llorona
Enrique Monteverde, a retired army general, is convicted of genocide committed during Guatemala’s military junta in the 80s, but the sentence is overturned on the grounds of a procedural breach, triggering rage and dismay to the public opinion. The Monteverde family is forced to barricade inside the premises of its luxurious villa, as the loop around Enrique tightens further. The spirit of La Llorona, the weeping woman of Latin-American tradition, is floating around the house, in search to make amends for the justice denied in the earthly world. A chronicle of atrocious memories, dredged with a layer of Magic Realism.
Screening Schedule