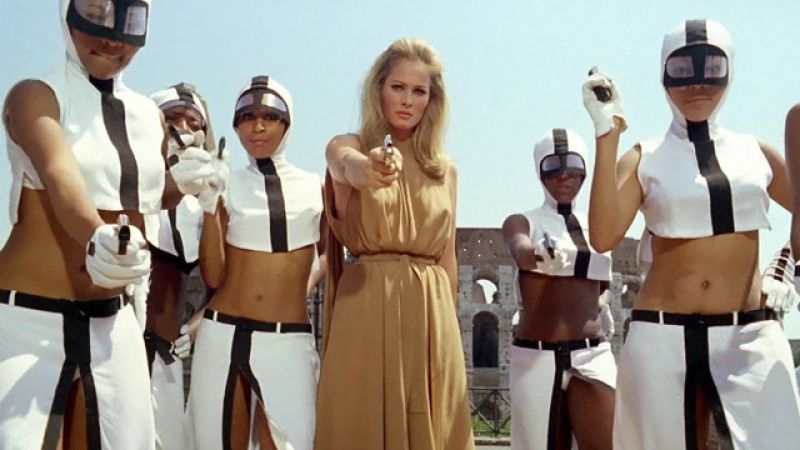 In a dystopian future, the world’s most popular attraction is no other than the “Big Hunt,” where each competitor is either a hunter or a victim. At least up until a female predator and a male prey decide to question the rules of this morbid game. A stylish as hell parable—featuring as a point of reference for countless films—on the grotesque society of the spectacle that has transformed violence and death into a prime time sensation.

Italian filmmaker and screenwriter Elio Petri, born in Rome, initially worked as a film critic, before turning to cinema. After a series of shorts and documentaries, he made his directorial debut with the film Assassin. He went on to become one of the leading figures of Italian political cinema in the early 70s, while his film Investigation of a citizen above suspicion won the Academy Award for Best Foreign Language Film. Petri died prematurely of cancer, at the age of 53.