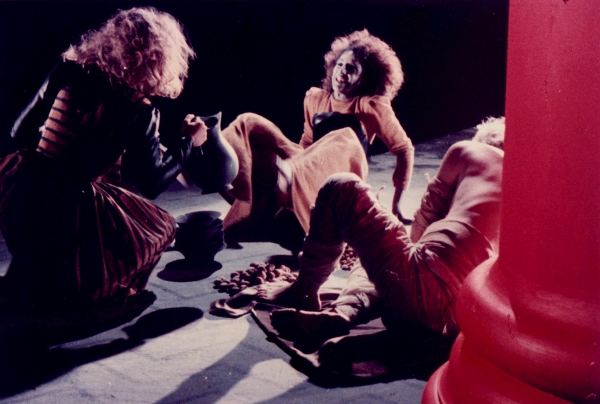 A parable on place and time. A game of metamorphoses. A passage after death, a second death. A woman gives birth and dies. At the moment of death, her face disintegrates and assumes the aspects of those who stand by her bed. Her body is torn by the conflicts of those who inhabit it and her voice dissolves into many voices and many roles.
Screening Schedule

Film director and visual artist. Studied Architecture in Athens; Film Directing and Editing at IDHEC in Paris; and Film Theory with Christian Metz. Her films were screened in international film festivals and contemporary art museums. Uses art history and her dreams as raw material, while dream-mechanism and the uncanny constitute her main creative strategies. Has taught in the Film School at the Aristotle University of Thessaloniki and at the Universities of Patras, Thessaly and the Aegean. Retrospective tribute to her work in the 46th International Thessaloniki Film Festival.