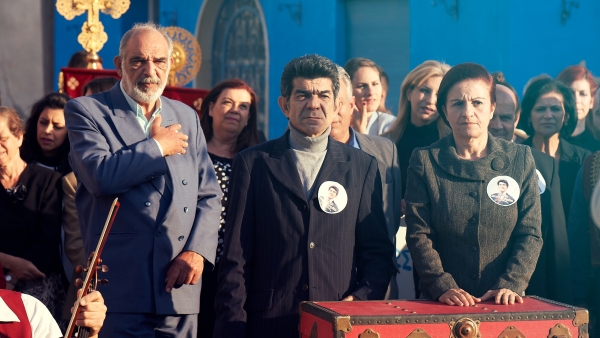 Simon Farmakas is a Cypriot writer and film director. He has twice won the Best Cypriot Film Award and has flourished in cypriot and international filmmaking since the participation of his first short film, Airport for Sale, at the 53rd Oberhausen Film Festival in 2007. His father was a pioneer filmmaker, mostly working in television and cinema commercials.

2007 Airport for Sale
2009 Absent
2011 Stahia
2017 Sunrise in Kimmeria
Skevos and his family are in debt to a local loan-shark, and Skevos works hard to pay him back. When a strange object, tracked by an international intelligence agency, crashes into his field, inside a UN controlled area, his debtor offers to cut 10% off Skevos’s debt if he takes the object to him.
Screening Schedule