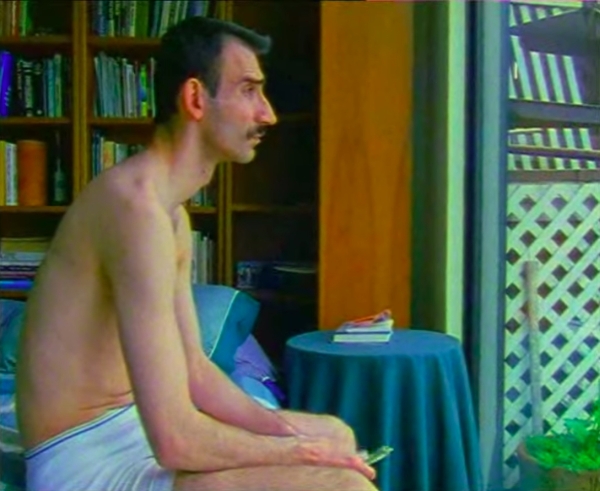 Born in 1969, Christos Dimas studied Political Science at the University of Athens and attended Sources film seminars in Finland and Holland. He has worked as an assistant director in feature films shot by major Greek directors, as well as in the United States. He has also worked as a script writer and director in the Alpha TV channel series Red Circle, together with Panos Kokkinopoulos. He is the author of the books Veronika [Veronica] (1993), Akrovates tou κipou [Acrobats of the Garden] (1995), and Anasa [Breath] (2008).

Tony, a Greek immigrant, arrives in San Francisco chasing the “other” American dream.

The director's four awarded shorts were later released as an anthology under the title Four. This screening during the Festival will also be screened in this format.