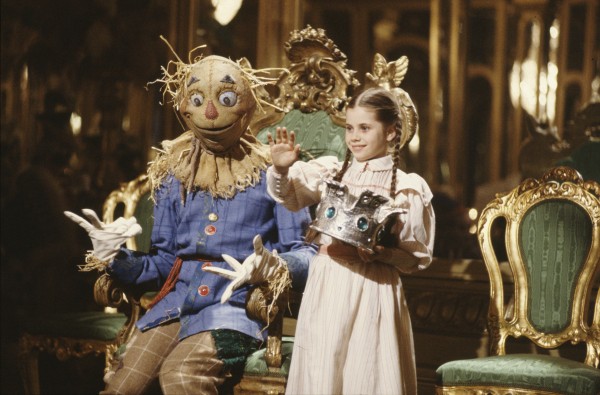 Dorothy returns home but can’t stop talking about the Land of Oz. Her family puts her in an asylum to be treated using electrotherapy. One of Disney’s darkest movies, a kids’ film containing disembodied heads, gangs of biker monsters and couches that come to life if you sprinkle them with psychedelic fairy dust. Fairuza Balk in her stunning debut as Dorothy, in the only film ever directed by sound design legend Walter Murch.
Screening Schedule

Walter Murch has been editing sound in Hollywood since starting on Francis Ford Coppola’s film The Rain People (1969). He edited sound on American Graffiti (1973) and The Godfather: Part II (1974), won his first Academy Award nomination for The Conversation (1974), won his first Oscar for Apocalypse Now (1979), and won an unprecedented double Oscar for Best Sound and Best Film Editing for his work on The English Patient (1996). Murch was, along with George Lucas and Francis Ford Coppola, a founding member of northern California cinema. He has directed Return to Oz (1985), but he is mostly known as an editor and sound man – he is one of the few universally acknowledged masters in his field. For his work on the film Apocalypse Now (1979), Walter coined the term sound designer, and along with colleagues such as Ben Burtt, helped to elevate the art and impact of film sound to a new level. (Harry Caul)