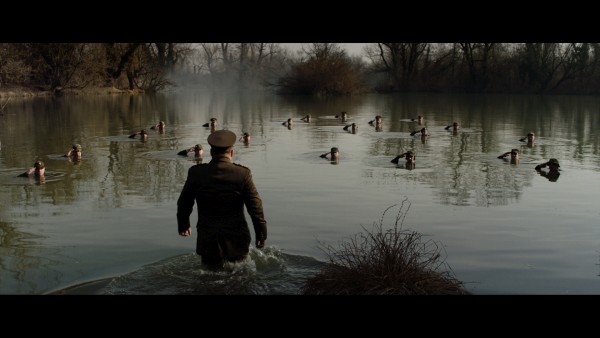 Vinko Brešan was born in 1964 in Zagreb. He studied Philosophy and Comparative Literature, as well as Film and Television Direction. His debut feature film How the War Started On My Island became, second only to Titanic, the biggest box-office success in Croatian cinemas in the last 20 years and was screened at 32 international film festivals, including Toronto and Montreal. His film The Priest’s Children won the Fisher Audience Award for a film in the Balkan Survey section at the 54th Thessaloniki IFF. What a Country! is his sixth feature film.

Α Croatian army general haunted by guilt and suicidal thoughts. A minister of the Croatian government who visits prison and, voluntarily, locks himself up in a museum-like cell dedicated to true patriots. A group of elderly pensioners who steal the coffin with the remains of the late Croatian president Franjo Tudjman. These are the main characters in a wacky and delirious political satire that dares to challenge national taboos, encouraging a troubled country to engage in self-reflection.