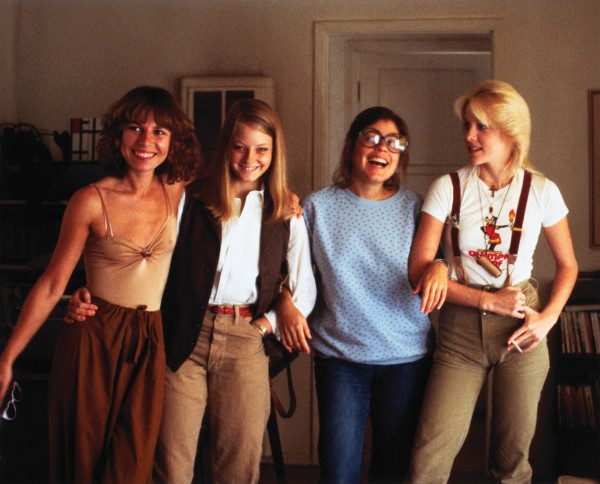 Four girls grow up dangerously in LA’s San Fernando Valley. In his debut movie, overlooked stylist Adrian Lyne produced the most real, most exciting girl group in cinema. Jodie Foster and Cherie Currie of the Runaways, Giorgio Moroder’s amazing soundtrack, the transition from the 70s to the 80s and the start of teen movie mania.
Screening Schedule

Born in Peterborough, England, and raised in London, Andrian Lyne attended the Highgate School, where his father was a teacher. An avid moviegoer during his school days, he was inspired to make his own films by the work of French New Wave directors like Godard, Truffaut, and Chabrol. He made his feature filmmaking debut in 1980 with Foxes, a perceptive look at the friendship of four teenage girls growing up in Los Angeles’s San Fernando Valley, starring Jodie Foster. His next film, Flashdance, an innovative blend of rock ’n’ roll, new dance styles, and breathtaking imagery, created a sensation in 1983. His filmography includes some of the most talked-about movies of our time, among them, Fatal Attraction, 9 1/2 Weeks, Indecent Proposal, and Jacob’s Ladder.