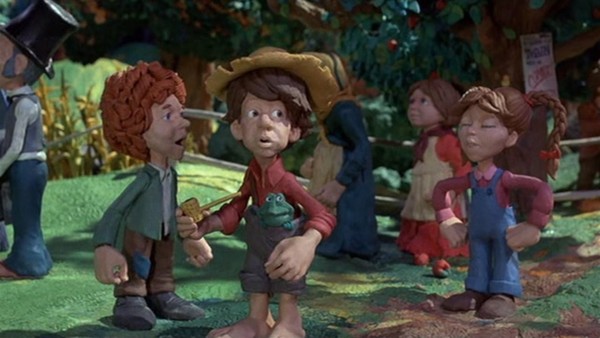 Will Vinton’s idea for the first American claymation feature film is a series of loosely associated texts and ideas from works by Mark Twain. A failure at its release, it is now considered one of the masterpieces of its kind. Dark, daring and unforgettable, the “Mysterious Stranger” sequence being coming-of-age nightmare fuel.
Screening Schedule

William Gale Vinton (1947–2018) was an American animator and filmmaker. He won an Oscar for his work, alongside several Emmy Awards and Clio Awards for his studio’s work. Vinton received his bachelor’s degree in Architecture from UC Berkeley in 1970, where he was influenced by the work of Antoni Gaudí. He worked in short and feature films, TV movies and series, commercials, and video clips. He coined the term “claymation” for his revolutionary work and his name has become synonymous with clay animation in general. The Adventures of Mark Twain was the only feature film he directed. His studio’s animation effects for Disney’s Return to Oz (1985) were also nominated for a special effects Oscar.

The Adventures of Mark Twain