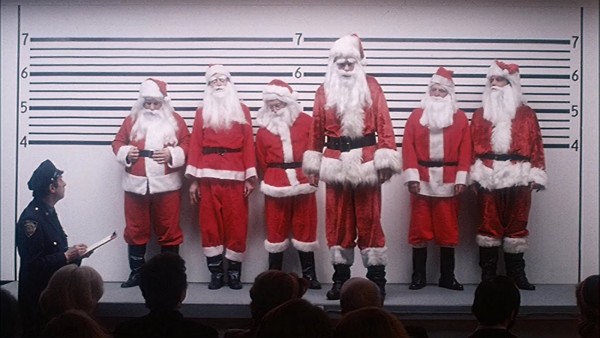 Harry Stadling works in a toy factory. When Christmas comes, he dresses in a Santa suit and slaughters naughty neighborhood kids. John Waters’s favorite Christmas movie of all time is a very weird exploitation film with a stunning performance by Brandon Maggart, whose character takes his place among the lone serial killers of New York City: Travis Bickle, Patrick Bateman, Thana(Ms .45) and the Joker.
Screening Schedule

Lewis Jackson is a director and writer, known for The Deviates (1970), The Transformation: A Sandwich of Nightmares (1974), and particularly Christmas Evil (1980). Jackson worked for years on the script for Christmas Evil and envisioned a mainstream, big-budget movie. While Hollywood liked his finished script, they felt the concept was just too strange. Jackson credits Waters with both the picture’s revival and his own re-embracing of the project, which was nearly forgotten from canonical film history.

1970 The Deviates
1974 The Transformation: A Sandwich of Nightmares
1980 Christmas Evil (You Better Watch Out)