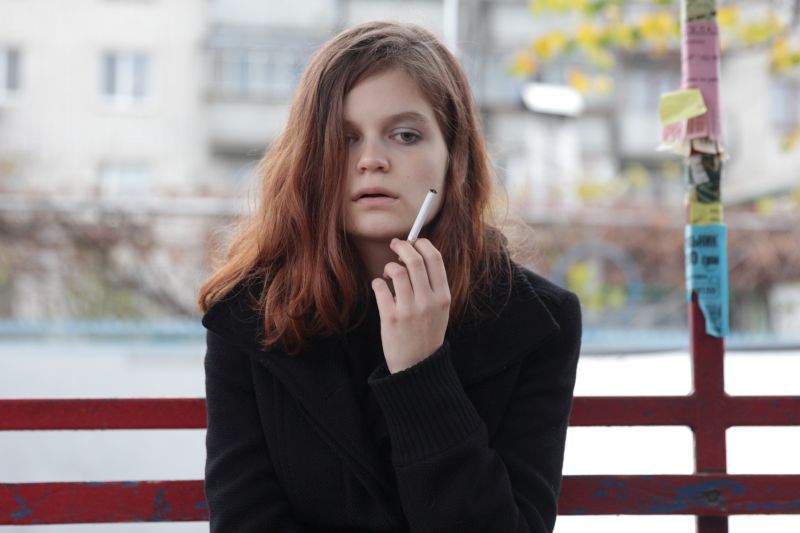 A man alleging to be a schoolmaster is accosted by the military at a checkpoint. Two teenagers wait for their soldier boyfriends in a dilapidated town square. A journalist is held captive and gets brutally assaulted. A young woman apologizes to an elderly couple for running over their chickens. Four stories set against the backdrop of the Donbass roads, loomed by disorientation, paranoia, and terror, which challenge the very notion of truth.

Natalya Vorozhbit (1975) was born in Kiev and graduated from the Moscow Literary Institute. Bad Roads, her first film, was originally presented on stage in 2017 at the Royal Court Theater in London. The Royal Shakespeare Company produced her play The Grain Store in 2009, and her 2014 play Maidan: Voices From The Uprising was staged during the same season that year at both the Royal Court in London and Teatr.doc in Moscow. Vorozhbit was head writer for the acclaimed 2010 Russian TV series School and wrote the feature films Steel Butterfly (2012), Wild Fields (2016) and Cyborgs (2017). She is presently developing her second feature film project.