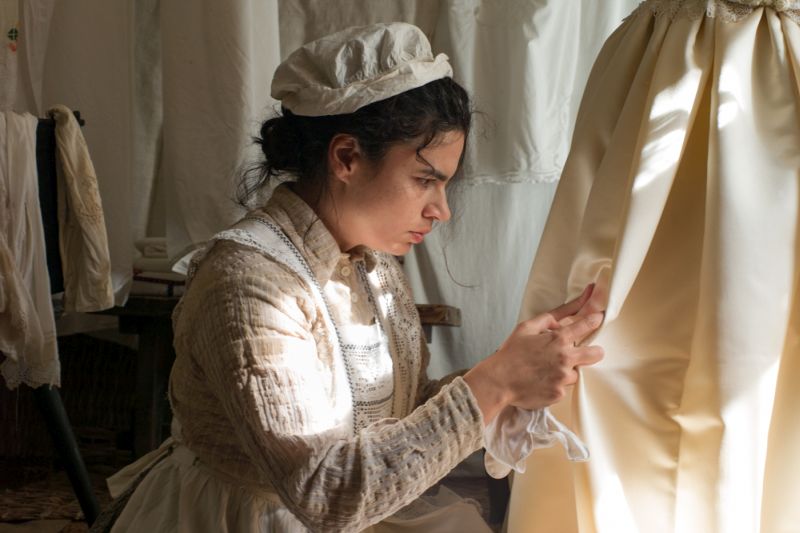 1855, Romania, in a wealthy household of a noblewoman. Preparations for a posh dinner are heating up, as the distinguished guests are coming in. Maria, a Gipsy slave, is plucking up courage, determined to make a st and and earn her freedom. A based-on-true-events story of bravery and resistance that pays tribute to the resilience of a remarkable woman, who changed the course of an entire country.

Alina Serban is an award-winning actress, playwright and director. Born in 1987, Serban grew up in Bucharest, Romania. Overcoming tremendous obstacles, she became the first member of her Roma family to graduate from high school and university. After acquiring a drama degree in Bucharest at the Academy of Theatrical Arts and Cinematography, Serban attended the Tisch School of the Arts in New York, and obtained a master’s from Royal Academy of Dramatic Art in London. In 2020, Serban made her debut as a filmmaker with Letter of Forgiveness, which was awarded a Special Mention for Best Romanian Short Film at Transilvania International Film Festival. She lives between Bucharest, London and wherever filming takes her.