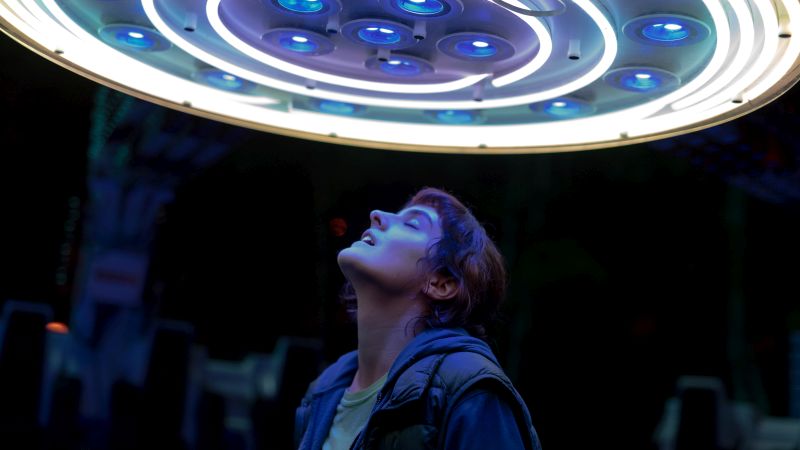 Jeanne, a shy young woman who works as a cleaner at an amusement park, seems uninterested in dating. Instead, she is wrapped up in tinkering with light bulbs, wires, and spare parts in her bedroom. It won’t be long though before she finds herself under Jumbo’s spell, enchanted by “his” mechanical allure and chrome charm! A Magrettian-type parable on the unorthodox paths of desire and sexuality that allows the subconscious to take the driver’s seat.

Originally hailing from Belgium, Zoé Wittock grew up traveling the world. From Africa to Australia, she exposed herself to a variety of cultures and extreme conditions, always feeding her with more stories to tell. At only 17, Zoé flew out to France where she slowly began to grasp what filmmaking was about as she explored as many different set jobs as she could and roamed the cinemas of Paris, while writing and directing her first student short films. In 2008, she was chosen to participate in the Berlin Talent Campus #6, while being accepted into the directing program of the American Film Institute during which she was awarded a scholarship for excellence in directing for her short film This is not an Umbrella . She then chooses to come back to Belgium and France, where she directs her last short film A demi-mot, broadcasted on OCS (France) and Netflix. Her first feature film, Jumbo, had its premiere at the 2020 Sundance Film Festival.