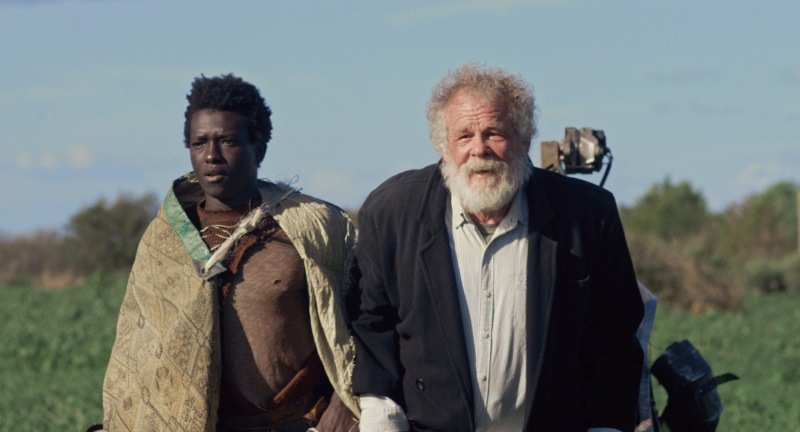 In 2085, the planet resembles a vast desert. Ecological devastation has brought civilization to its knees; the human species is on the face of extinction. A handful of Earth’s last survivors are recipients of a mysterious call to meet up in Athens. Jo, a 17-year-old boy of African origin, is destined to become the world’s last moviemaker, capturing the last-gasp moments of human presence. A tale of doom that plants the seed of hope, while exalting cinema’s fate-changing power.

Prize winning film director Jonathan Nossiter has directed six feature films, including the Sundance fiction grand prize winner Sunday and Palme d’Or nominated Mondovino, which is one of only three documentaries nominated in the history of Cannes. AnAmerican-Brazilian dual national born in Washington, he grew up in France, England, Italy, Greece and India. He studied painting at the Beaux Arts in Paris and the San Francisco Art Institute and Ancient Greek at Dartmouth College and was assistant to director Adrian Lyne on Fatal Attraction. Fluent in six languages, he now lives in Rome.