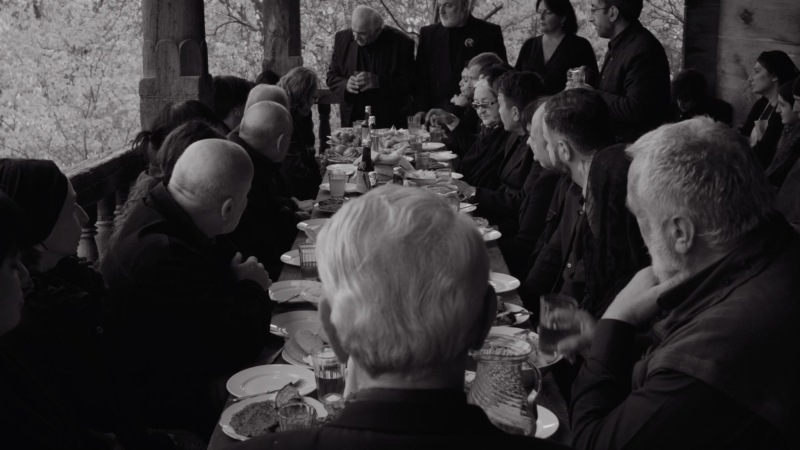 Following the death of her grandmother (“Bebia”), seventeen-year-old model Ariadna returns to Georgia, her motherland, to attend the funeral. According to an ancient local tradition, Ariadna, as the youngest member of the family, is responsible for reuniting the body and soul of her grandmother by connecting a thread from the place of her death to the resting body. At first reluctant to fulfill such a bizarre ritual, Ariadna soon finds herself carrying a single line of thread across 25 km of unspoiled Georgian countryside. Traversing this exhausting and raw terrain over a number of days and nights, Ariadna is forced to confront the impact that the complex, sometimes cruel matriarch had on her not-so-distant childhood. Shot entirely in stunning black-and-white, the film draws its inspiration from Greek mythology, compassionately acknowledging that, even when the Minotaur is dead, it’s never easy to find your way out of the maze.

Juja Dobrachkous is a director, writer, and painter based in London. Born in Soviet Russia, she graduated from the Academy of Fine Arts in Moscow. Juja has published two works of fiction and her short stories (“Rubber Baby” 2011; “Very Scary,” and “A Bit Shameful,” 2019) have appeared in several anthologies of modern Russian literature, as well as a number of magazines. They have been widely acclaimed in Russia, several being optioned by film production companies. Bebia, à mon seul désir is Juja’s feature film debut.