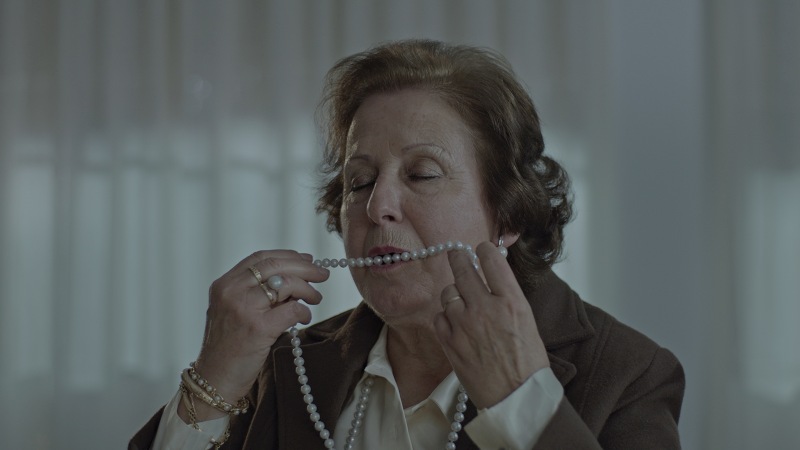 The women of a small rural town, suspended in time and whipped by depopulation, live between the apathy of their daily day where nothing extraordinary happens and a deep desire for liberating experiences that makes them rediscover the place where they believe they were happy or dreamed of being happy. dark and suggestive story of personal search that moves between (magical) realism and fantasy, borrowing documentary methods and codes of suspense, in order to highlight the ways in which smaller societies build their conventions, yet allowing the collective unconscious to ride towards unexploded territories.

Ainhoa Rodríguez is a film and television director, producer and scriptwriter. She graduated Cum Laude with a PhD in Audiovisual Media (Cinematographic Theory, Analysis and Documentation) from Complutense University of Madrid with the doctoral thesis The concept of reality in Fellini’s films. Also, she has a degree in Audiovisual Communication (Complutense University of Madrid) and a diploma in Film Direction and TV Production (TAI College). Her short films have won more than 40 awards around the world and they have premiered in the Official Section in more than 80 international festivals. She combines her work as a film director for other producers and institutions with her independent work for her audiovisual brand: Tentación Cabiria. She has a long career as a teacher with more than 480 hours of teaching experience, and she has delivered talks and conferences about film language and audiovisual creation, collaborating with public and private organizations such as the University of Extremadura or the Spanish publishing house SM, among others. Ainhoa works with women from different rural areas in workshops about film language and non-normative perspectives to encourage them to promote and lead actions of socio-cultural importance in their communities.