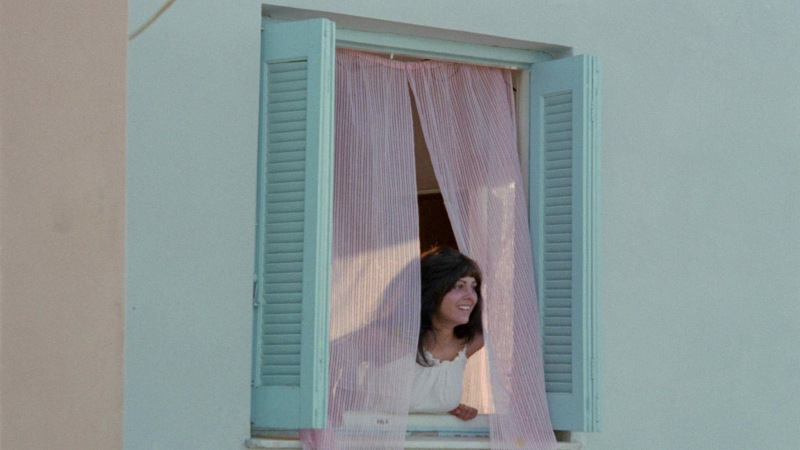 A prominent masterpiece of Greek cinema. A sergeant meets a hooker, Evdokia, and they end up getting married. Bound by a common destiny, they now have to confront a society that wants to restrain and, ultimately, crush them. The two lovers live on the fringes of a familiar yet surreal universe, full of destitute neighborhoods and harsh landscapes, full of nothingness. Like a screen adaptation of a tragedy that was never written, the film boasts an unconventional narrative approach, way ahead of its time, that refuses to succumb to quick redemption. Focusing on a female lead (Maria Vassiliou) who wants to live and love on her own terms, the film won the Best Actress Award at the Thessaloniki International Film Festival. The second feature – following Cornerstone – by director, actor, and playwright Alexis Damianos, Evdokia is a wildly free, deeply political film that’s intricately entwined with Manos Loizos’s emblematic theme music. A triumph of frenzied passion and towering rage, it’s a reaction against a world that refuses to move forward.

The film will be screened in a newly restored digital copy (DCP), created for the purposes of the event Motherland I see you, with English subtitles and Greek subtitles for the Deaf or Hard-of-Hearing (SDH).

He was born in Athens in 1921. An actor, director, and writer. He studied at the Drama School of the National Theater and at the Faculty of Philosophy of the University of Athens. He founded the “Piramatiko” and the “Poreia” Theaters, where he staged many plays. As an actor he has given memorable performances in many films, such as The Thief by Pantelis Voulgaris, Brief Interval by Dinos Katsouridis, Fear by Costas Manoussakis, and When the Greeks... by Lakis Papastathis, as well as in popular television series. He turned to filmmaking in 1966 and made three feature films which garnered many awards and international acclaim. He died in 2006.