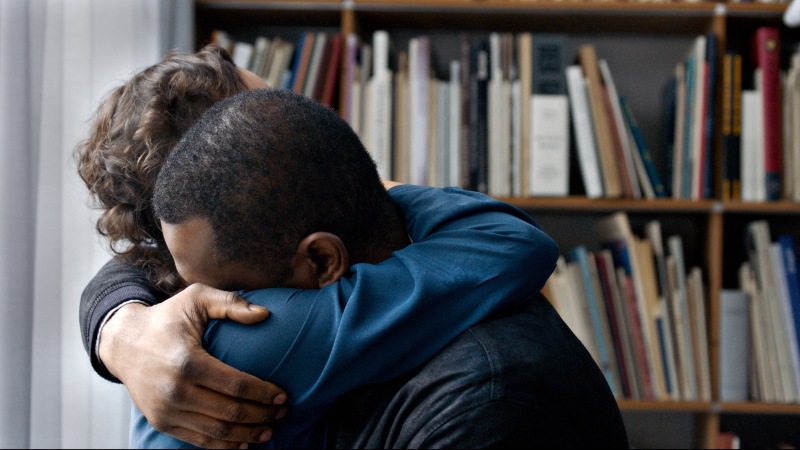 When curator Monika gets mixed up in a raid in Frankfurt’s seedy Bahnhofsviertel district, she meets the Congolese businessman Joseph. This chance encounter turns into an intense love affair. But despite their love, mutual distrust grows, the consequences of which end up spiraling out of control. A fearless film that openly questions the romantic notion that love can conquer all boundaries and invalidate social conventions: after all, do we all mean the same thing when we are talking about love?

Lisa Bierwirth is a German filmmaker, born 1983 in Hessisch Lichtenau. From 2000 to 2001, she spent a year abroad in New York City and in 2001 she moved to Berlin. After graduating high school and various internships, she studied directing at the German Film and Television Academy Berlin (dffb) from 2006 to 2016. From 2013 to 2016, she was the artistic assistant and dramaturgical advisor to Valeska Grisebach. She accompanied the director’s project Western during script development, research, casting, and shooting in Bulgaria. Le Prince is her debut film, which was nominated for the German Screenplay Prize “Best Unfilmed Screenplay” by the Federal Government Commissioner for Culture and the Media.