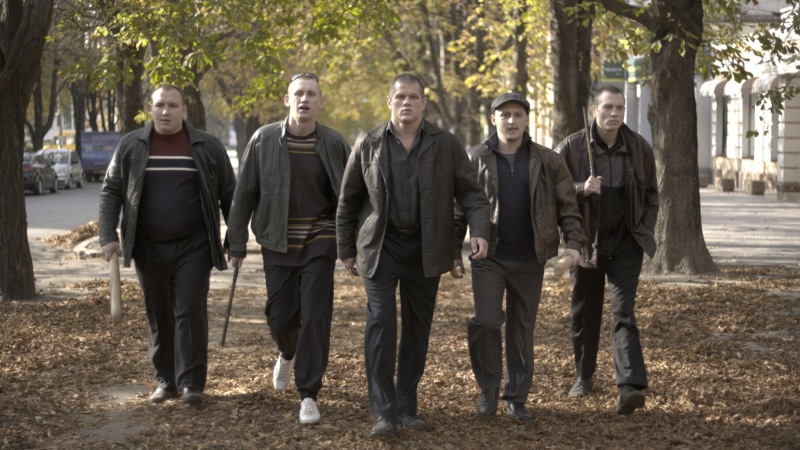 In an industrial provincial town in 1990’s Ukraine we meet a young man nicknamed “Rhino” – an aggressive delinquent during his childhood and now turned violent criminal, we watch him grow against the backdrop of the trials and tribulations of his family and love life. Navigating through post-Soviet times in a cutthroat society, Rhino quickly rises through the ranks in a local criminal gang, but his rise to leadership is not without devastating sacrifices to his life and the loved ones around him. As we delve deeper into Rhino’s journey with the world around him collapsing, his inner conflict that tears at him intensifies – but is he able to find redemption before it’s too late? A layered exploration of the dark side of human nature, the film is a raw portrayal of a young man’s journey, as he attempts to live with the burdens of his youth whilst battling with his internal moral conflict.

Oleh Sentsov was born on 13 July 1976 in Simferopol, Crimea, Ukraine. From 1993 to 1998 he was an economics student in Kiev and later took courses in film directing and screenwriting in Moscow. Gamer, his first feature, debuted at the Rotterdam International Film Festival in 2012 and participated at more than 30 international film festivals. After the November 2013 breakout of the Euromaidan protests, Sentsov became an activist and was arrested by the Russian Federal Security Service, charged with planning terrorist attacks. Despite a complete lack of evidence, he was unlawfully sentenced to 20 years of imprisonment, giving rise to a global campaign for his release, #SaveOlehSentsov. He was finally released on September 7, 2019, as part of a prisoner exchange deal between Russia and Ukraine. The film Numbers (2020) was co-directed by Oleh Sentsov remotely, while he was still in prison.