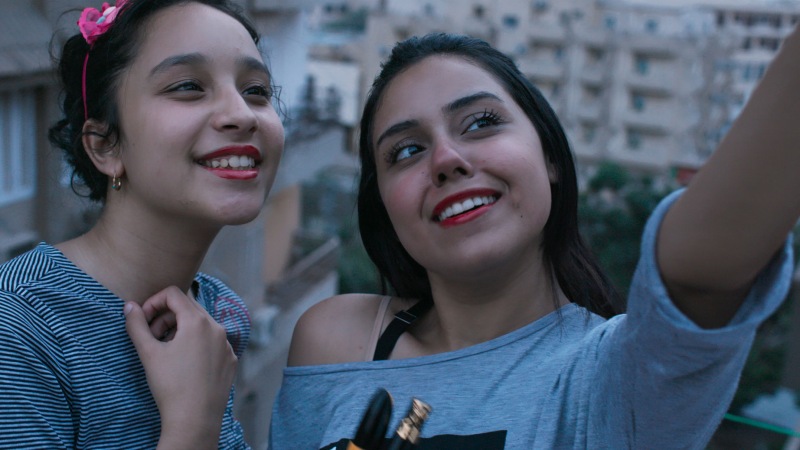 Zagazig, a small city on the Nile Delta in Egypt. Today. Souad, a 19-year-old young woman, leads a double life. While remaining conservative and veiled among her family and society, Souad is obsessed with her image on social media, and goes into several secret virtual relationships with men. She constantly lies about her personal life, projecting wishfully images of a different desired life. Her ambitions are slowly crushed by the invasion of reality. A series of small-scale incidents lead to a tragic event that makes Rabab, her 13-year-old little sister, embark on a real-life journey looking for answers...

Ayten Amin has been working in the film industry for the past 12 years. Her first short film Her Man was selected at Clermont-Ferrand Film Festival and, after receiving several national prizes, it was exclusively acquired by Canal+ in France. In 2013, her debut feature film Villa 69 received the Special Jury Award for Arab Film at Abu Dhabi Film Festival. Throughout her career, she received numerous prestigious awards and recognitions, such as the Cairo Film Connection Award for Best Film or the Hubert Bals Award at Durban FilmMart. She co-directed the documentary Tahrir 2011, which was selected at Venice International Film Festival and TIFF Toronto International Film Festival, whereas it was also nominated for Best Documentary in Cinema for Peace Award in Berlin.