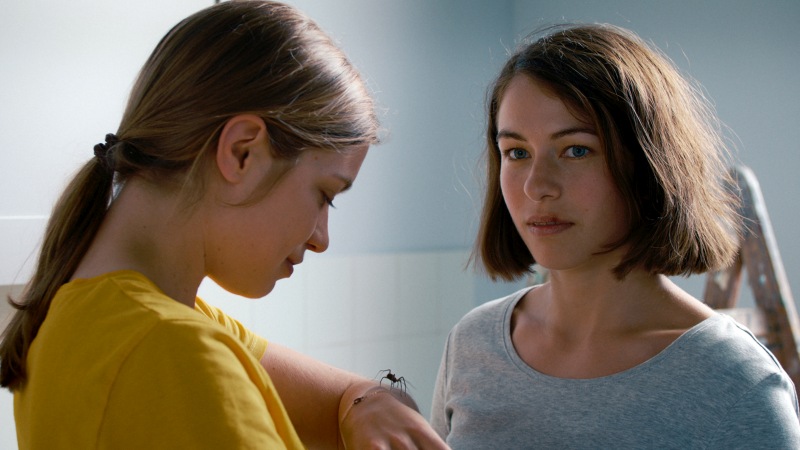 Lisa is moving out. Mara is left behind. As boxes are shifted, walls painted and cupboards built, abysses begin to open up, yearnings fill the room and an emotional rollercoaster is set in motion. The second installment of a trilogy about human togetherness is a tragicomic catastrophe film; a poetic ballad about change and transience, which invites the viewer into a panopticon of forms of human relationships, meandering between a study of everyday life, a fairy-tale and a psychological portrait of a brittle world.

Ramon Zürcher (1982) enrolled after high school in a preliminary design course at the Biel/Bienne School of Design (Switzerland). From 2002 to 2005 he completed a Visual Arts degree at the Bern School of Arts (HKB). From 2006 to 2014 he studied Film Directing at the German Film and TV Academy Berlin (DFFB). He completed his degree with his first feature-length fiction film The Strange Little Cat, which premiered at the Berlinale Forum in 2013, was shown at numerous international festivals and received several awards (incl. the New Talent Grand PRIX Award at CPH:PIX and the “Standard” – Audience Jury Award at the Viennale).

Silvan Zürcher (1982), from 2002 to 2008, studied philosophy, film studies, and German studies at the Universities of Bern and Zurich. Simultaneously he worked as a projectionist at a cinema in Bern. From 2009 to 2014 he studied film production at the German Film and TV Academy Berlin (DFFB). During his degree, he produced a series of short and medium-length films. On the side, he worked as a director’s assistant and developed his own material for fiction films. In 2013, he completed his degree with his first feature-length fiction film The Strange Little Cat, which received several awards.

Silvan Zürcher
2021 The Girl and the Spider

The Girl and the Spider