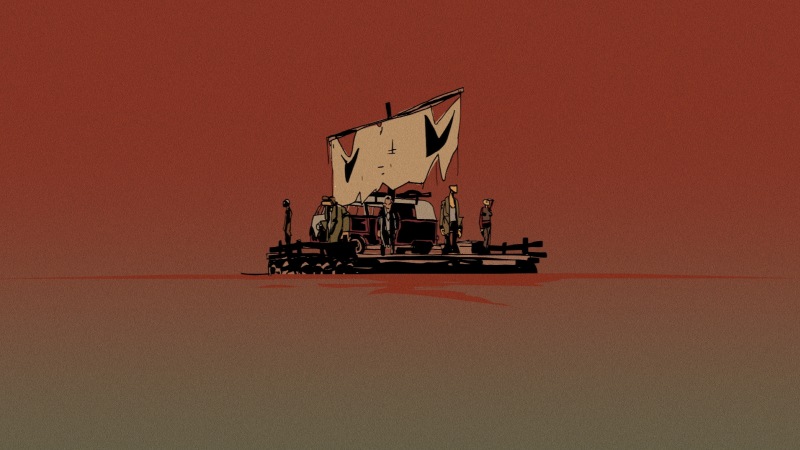 The water reached up to our necks, and very soon, over our heads. The mountains became islands and the islands became hills in the darkness of the deep. The palms became sea anemones and the sea anemones remained what they were. Wall Street was still full of sharks. Venice floated a while longer, and then… If a global catastrophe is a state of mind, then music is the raft.

Marko Meštrović (1972, Stuttgart) graduated in painting from the Academy of Fine Arts in Zagreb. He has been making animated films since 2000. His films were screened at some of the most important film festivals (Locarno, Annecy, Clermont-Ferrand, Ottawa, Edinburgh, Sarajevo) and received many awards. He plays drums in the world music band Cinkuši.