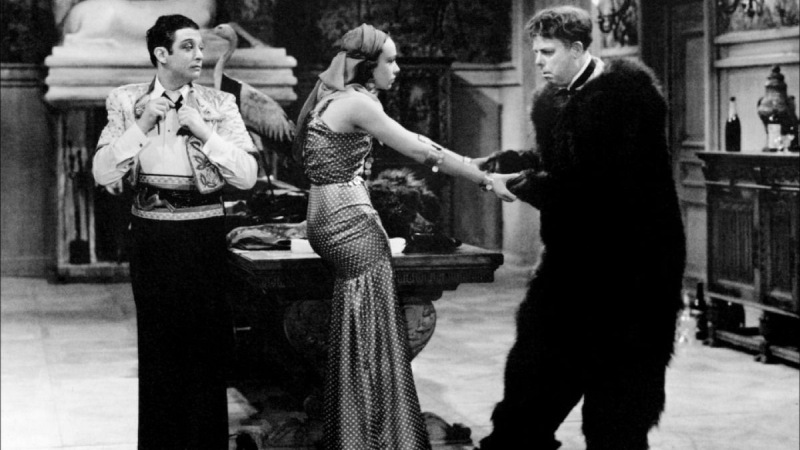 The crème-de-la-crème of the French posh circles is about to spend a hunting weekend at a patrician castle. Intrigues, machinations, self-centered behavior, petty rivalries, self-indulgent pleasures, childlike whims and endless misunderstandings make up a mosaic of moral decadence and flimsy arrogance. The drums of war and horror are already looming in 1939, but this self-absorbed island refuses to step out of the stupor and keeps getting consumed in the meaningless and the trivial. Jean Renoir, at the heyday of his career, forces his compatriots to take a long hard look in the mirror. Appalled at their own monstrous reflection, they choose to look away. A box-office bomb and a butchered victim of the critics, the film of Jean Renoir went on to be banned by the French government of the time, on the grounds of “subverting society’s ethics and corrupting the French youth.” Prescient, insightful, and riddled with technical novelties (shot two years prior to Orson Welles’s Citizen Kane), The Rules of the Game is a film hailed as outrageously modern even today. Maybe because it lays out, in such a universal and timeless way, the rules of the game called human condition.

Jean Renoir (1894, Paris, France – 1979, Los Angeles, CA, USA), French film director and son of the Impressionist painter Pierre-Auguste Renoir. His films, in both silent and later eras, were noted for their realism and strong narrative and include such classics as Grand Illusion (1937), The Rules of the Game (1939), and The River (1951).

The Rules of the Game