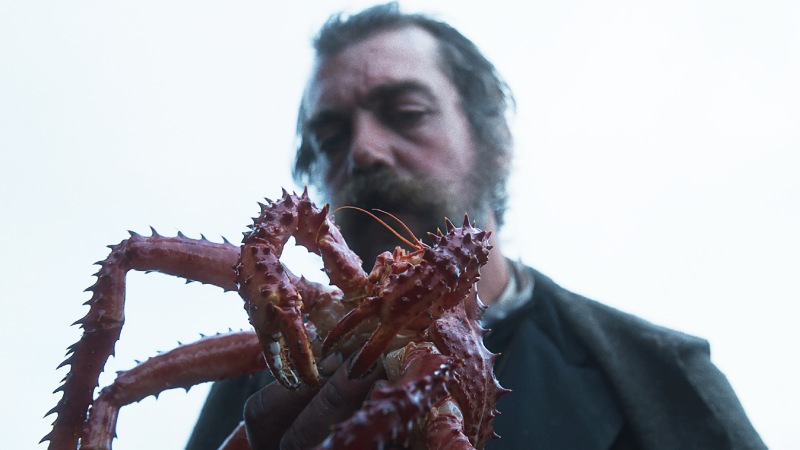 Italy, today. Some elderly hunters reminisce about the local tale of Luciano. Luciano lives as a wandering drunkard in a remote village of the region called Tuscia. Spiteful actions ensue between him and the Prince of the region over the right of passage through an ancient gateway. Fueled by passions and jealousy, these actions result in a horrible misdeed. Now an unfortunate criminal, Luciano is exiled to the distant Tierra del Fuego where, with the help of ruthless gold-diggers, he searches for a mythical treasure, paving his way towards redemption. However, in these barren lands, only greed and insanity can prevail.

Alessio Rigo de Righi and Matteo Zoppis (1986) are two Italian-American directors. Their collaboration started with the short documentary Belva Nera in 2013 and the award-winning documentary Il Solengo in 2015. Their work focuses on folk tales and legends of the peasant tradition and on the incomplete and imperfect mechanism of oral tradition that ends up giving rise to new stories. Their films have been featured in numerous festivals like IFF Rotterdam, Göteborg Film Festival, Art of the Real in New York, Viennale, BAFICI, RIDM São Paulo Film Festival and won awards at Cinéma du Réel, Doclisboa, and Torino Film Festival.

The Tale of King Crab