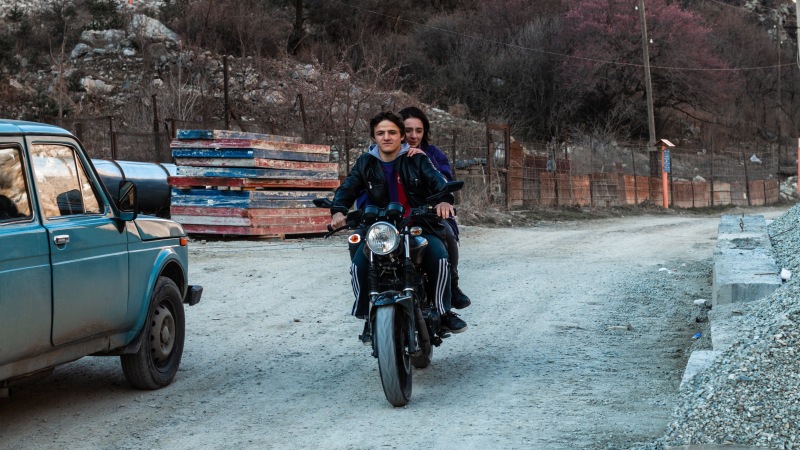 In a former mining town in North Ossetia, located in the Caucasus region of Southern Russia, Ada (Milana Aguzarova), a young woman infantilized by her family, chafes at the bonds of her suffocating home life. Traumatized both physically and emotionally by past events, Ada is kept in a state of near-servitude by her controlling father, while her obsessive younger brother leaves her with little breathing room. Her liberated older brother’s return and their father’s sudden illness point the way toward possible escape. A thrilling new talent, and a former student of the great Alexander Sokurov, Kira Kovalenko won the Un Certain Regard prize at Cannes for this vivid, provocative drama, which turns into often-visionary metaphor for women shaking out of male (and national) codependence.

Kira Kovalenko was born in Nalchik. She graduated from Alexander Sokurov’s directing workshop at Kabardino-Balkarian State University in 2015. Unclenching the Fists marks her second feature film, as Kira Kovalenko having made her directorial debut in 2016 with Sofichka, which premiered at the Tallinn International Film Festival (Black Nights Film Festival).