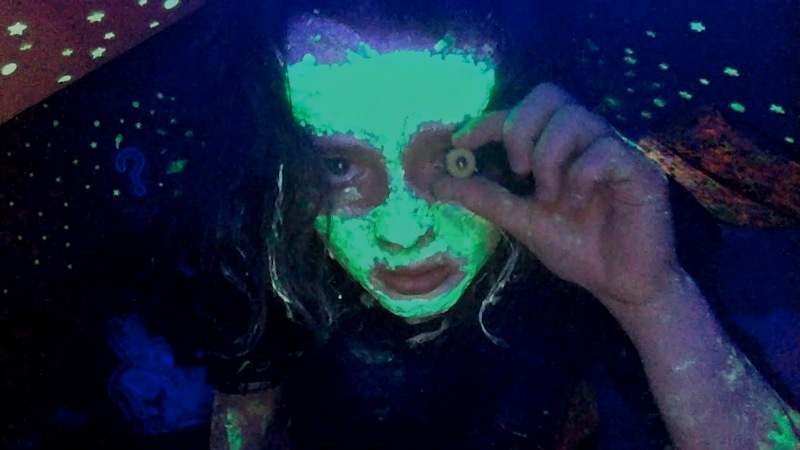 “I want to go to the World’s Fair.” Say it three times into your computer camera. Prick your finger, draw some blood and smear it on the screen. Now press play on the video. They say that once you’ve seen it, the changes begin… In a small town, a shy and isolated teenage girl becomes immersed in an online role-playing game. A film about fantasy and intimacy and identity play in the digital realm. It takes inspiration as much from traditional narrative form as it does from the scroll of a newsfeed, and it tries to speak authentically in the language of the internet. It works from the thesis of Poe’s Law, an adage that posits that it is impossible to know if someone is telling the truth or trolling you online, as well as an attempt to use the language of cinema to articulate the hard-to-describe feeling of gender dysphoria.

Writer, director, and editor Jane Schoenbrun is a filmmaker and co-creator of the ongoing touring variety series The Eyeslicer, a collaboration with hundreds of filmmakers including David Lowery, Ari Aster, Shaka King, Jennifer Reeder, Bridey Elliott, and many more. In 2018, Jane created the Radical Film Fair, a film flea market and mentorship event that drew thousands of attendees. Jane is the director of the feature documentary A Self-Induced Hallucination (IFFR 2019), a producer on Aaron Schimberg’s Chained for Life (Kino Lorber 2019), an EP on season one of Terence Nance’s Random Acts of Flyness (HBO 2018), and the creator of the omnibus ‘dream film’ collective:unconscious (SXSW 2016). Jane sometimes publishes the column “Continue Watching” for FILMMAKER magazine, and has previously worked as the Senior Film Lead at Kickstarter and as the Associate Director of Programming at IFP.

We’re All Going to the World’s Fair