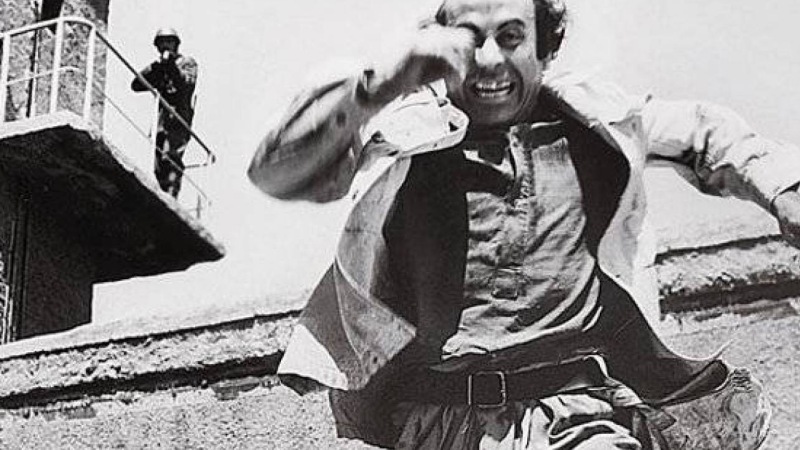 During the German occupation of Greece, Thanassis, a factory worker was arrested by Gestapo as a member of the Greek resistance. Thanassis will end up in a prison of political prisoners, while Germans mistake him for “Ivan,” one of the resistance leaders.

Dinos Katsourides was a Cypriot film editor, cinematographer, and (from 1960 onwards) director. He graduated from the Athens University of Economics and Business in 1947 and was admitted to law school, which, however, he did not complete due to his “social opinions.” In 1951 he graduated from the Stavrakos School, while also working as a cinematography teacher. He was a principal member of Finos Film for eight years. He directed Thanassis Vengos in nine films from 1970 to 1982. The most important were What Did You Do in the War, Thanassis?, which won three awards at the Thessaloniki Festival for Best Actor, Best Screenplay and Best Cinematography, and Thanassis, Get Your Gun, which was awarded Best Actor and an Honorary Distinction for Tassos Zographos’s sets at the same Festival. One of Katsourides’s most important contributions to Greek cinema was the film Tis Kakomiras (1963), with the famous Zikos, played by Kostas Hatjichristos. In 2000, at the 41st Thessaloniki Film Festival, Dinos Katsourides was honored with the Golden Alexander Award for his contribution to cinema. He died in 2011 after a battle with cancer.

What Did You Do in the War, Thanassis?