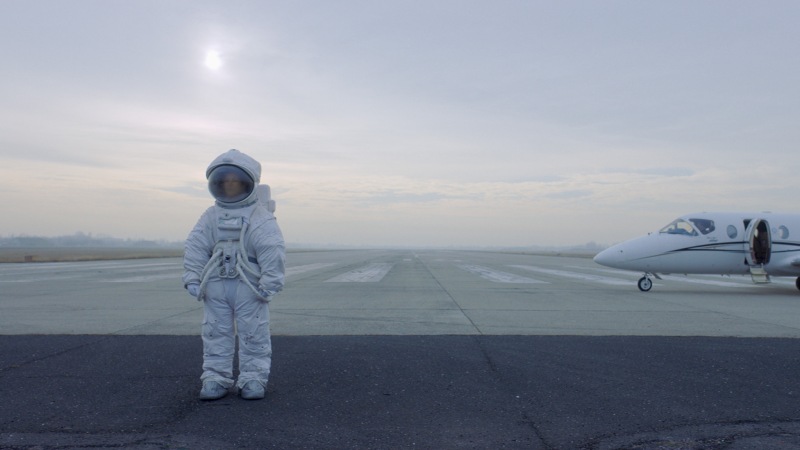 Éva is allergic to chemical substances, radio waves, magnetic fields, air pollution. She is confined to absolute isolation, visited only by her brother and a group of scientists who treat her as a research guinea pig. One day, a psychiatrist takes on investigating whether Éva’'s illness is real or just a figment of her tormented imagination. Α sci-fi allegory on human solitude and the fiercest of all diseases: the lack of love and human touch.

Ágnes Kocsis was born in Budapest. She majored at Eötvös Lóránd University in Polish Language and Literature, Aesthetics, and Film Theory and went on to obtain a degree in Film Direction from the Academy of Drama and Film in Budapest. In 2019, she obtained her DLA (Doctor of Liberal Arts) from he Academy of Drama and Film in Budapest. Her three short films have been screened at numerous festivals; A vírus (The Virus) shared third prize at the 59th Cannes Film Festival in the Cinéfondation section. Her first feature film Friss levegő (Fresh Air) was screened at the same edition of the Cannes Film Festival in Semaine de la Critique, and was among the four films nominated for the Discovery Award of the European Film Academy in 2006. Fresh Air has been screened at more than 80 international film festivals to date, winning 14 prizes. Pál Adrienn (Adrienn Pál), her second feature film, won the FIPRESCI award at the 63rd Cannes Film Festival, in the section Un Certain Regard” She received the Béla Balázs national award in 2011 for her work in the film industry.