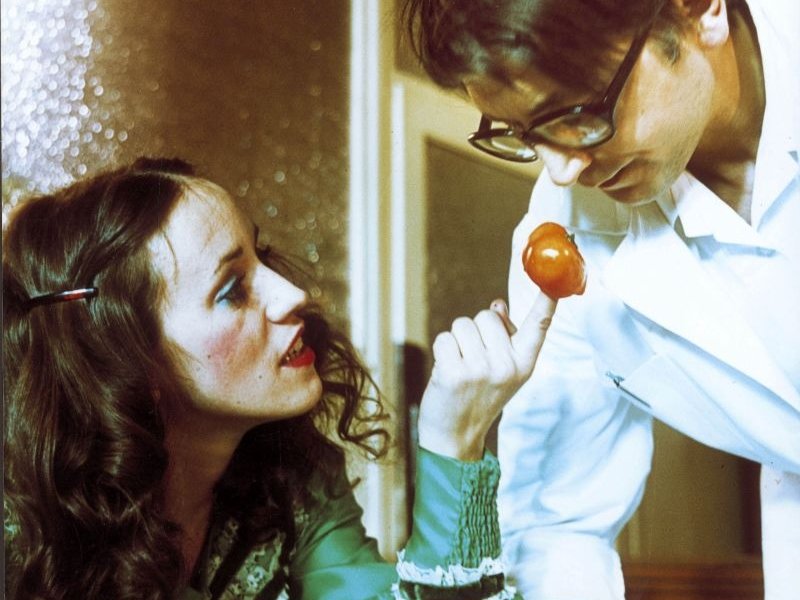 Chytilová had been forced by Communist censors into artistic silence for seven years when an international outcry prompted her return to filmmaking. Her comeback was this bold, feminist take on the battle of the sexes farce, a commercial success that re-established her as a leading light of Czechoslovak cinema. Centered on a love triangle between the staff members of a maternity ward, the film is remarkable for both its anti-patriarchal perspective and unflinching, almost documentary-like treatment of childbirth and abortion.

Věra Chytilová (1929-2014), one of the brightest of the new wave of directors who emerged in Czechoslovakia in the mid-60s, is considered to be among the most significant creative figures in Czech cinematography. She studied philosophy and architecture, then worked as a technical draftsman, a designer, a fashion model, a photo re-toucher, and as a clapper girl for Barrandov Film Studios in Prague. There she continued as a writer, actress, and assistant director. She was denied a scholarship from Barrandov to study film production, but in 1957 she took the admissions tests at FAMU and was accepted. While there, she directed several shorts and completed her graduation effort, The Ceiling (1961). Her acclaimed 1966 farce Daisies dealt with hedonism among young people of Prague and was banned by the Czech government. Unlike several of her contemporaries, Chytilová did not move to the West after the suppression of the Prague Spring in 1968. Her feature films combine the elements of cinema vérité and formalism, often spiked with elements of anarchic, surreal humor. In the majority of her films, she addresses the fate of women and their experiences in modern times. Praised as “Czech New Wave’s most rebellious, irreverent and boundary-breaking talent”, she left a legacy of films acclaimed for visual experimentation and for bold unmasking of the moral problems of contemporary society.