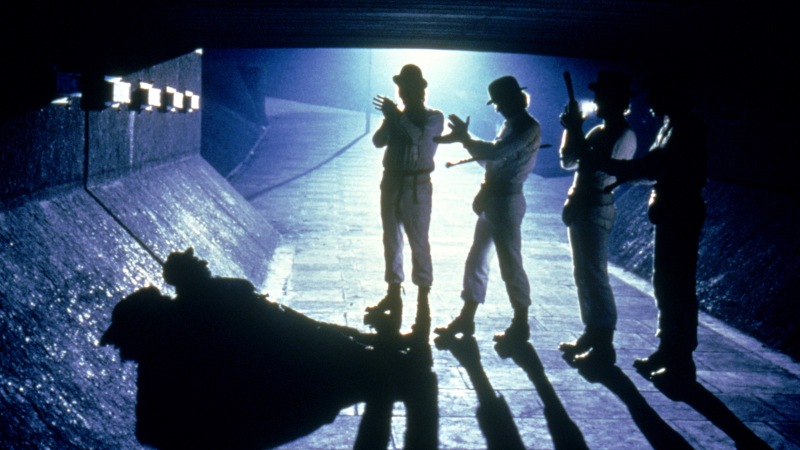 Stomping, whomping, stealing, singing, tap-dancing, violating, Derby-topped teddy-boy hooligan Alex has his own way of having a good time. He has it at the tragic expense of others. Alex’s journey from amoral punk to brainwashed proper citizen forms the dynamic arc of Stanley Kubrick’s future-shook vision of Anthony Burgess’s novel. Unforgettable images, startling musical counterpoints, the fascinating language used by Alex and his pals – Kubrick shapes them into a shattering whole.

Stanley Kubrick (1928–1999) was an American film director, writer, producer, and photographer who lived in England during most of the last four decades of his career. Kubrick was noted for the scrupulous care with which he chose his subjects, his slow method of working, the variety of genres he worked in, his technical perfectionism, and his reclusiveness about his films and personal life. Kubrick's films are characterized by a formal visual style and meticulous attention to detail—his later films often have elements of surrealism and expressionism that eschews structured linear narrative.