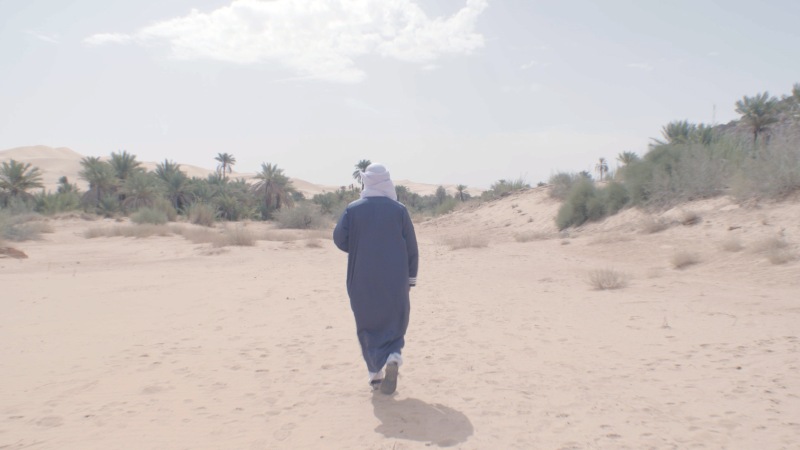 A mystical travelogue, a journey to find that place of connection, of clarity, of understanding across language, geography, and experience. The thoughts, ideas, and dreams of protagonists in ten countries spanning five continents are revealed through conversation, activity, and contemplation. These collective stories serve as pieces of a puzzle that lead to what the Argentinean writer Jorge Luis Borges called “the unimaginable universe.“ Aleph blends cinematic elements of narrative fiction and magic realism and the rigor and mechanics of documentary practice to explore the dreams, stories, preoccupations, thoughts, and lived and imagined experiences of its protagonists – actors, performers, musicians and non-professionals. A unique narrative that introduces us to a different understanding of meaning itself, both revelation and challenge – a venture achieved through play with uncertainty and serendipity.

Iva Radivojević was born in Belgrade and spent her early years in Yugoslavia and Cyprus. She is an artist and filmmaker who currently divides her time between subarctic Alaska, Brooklyn, and Lesbos. Her work presents itself as a collection of fragments (observations, poetry, images, sounds, melodies, languages) which collage together to connect into a ruminating whole. The work circles around displacement and belonging, seeking to connect to the metaphysical or the magical. Iva’s films were screened at NYFF, Rotterdam IFF, CPH:DOX, SXSW, DocLisboa, Museum of Modern Art (NYC), PBS, and New York Times Op-Docs. She is the recipient of the Sundance Art of Non-Fiction Fellowship, Guggenheim Fellowship, Princess Grace Special Project Award, and Film Fellowship. When not working on her own films, Iva enjoys editing, cutting both documentary and narrative films; credits include Celia Rowson-Hall's feature MA (Venice Film Festival, 2015) and All That Passes by Through A Window That Doesn’t Open, an editor and co-writer, winner of the Regard Neuf Award at Visions Du Réel in 2017.