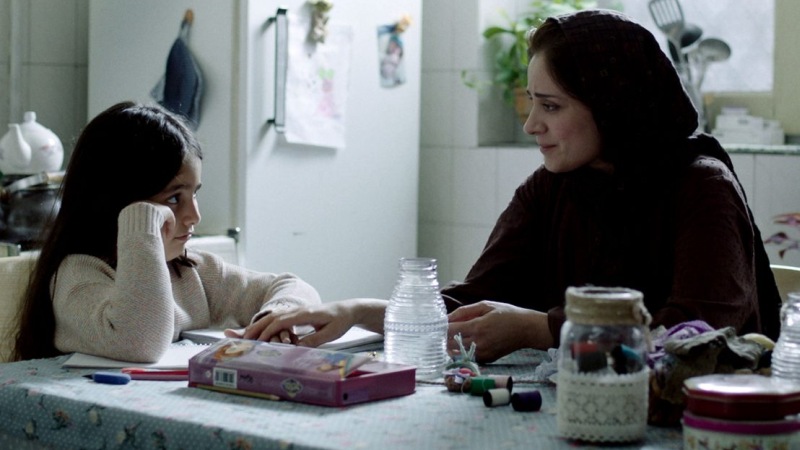 Mina’s life is turned upside down when she learns that her husband Babak was innocent of the crime for which he was executed. The authorities apologize for the mistake and offer the prospect of financial compensation, but Mina starts a silent battle against a cynical system for her own and her daughter's sake. Just as her money is running out, a stranger named Reza knocks at her door, saying he has come to repay a debt he owed to Babak. Mina is guarded at first, but she increasingly lets Reza into her life, unaware of the secret that ties them to one another. A devastatingly timely film about the power of the individual against the crushing powers that be, a skillful, affective study on the inextricable human bonds that traverse time and space.

Behtash Sanaeeha was born in Shiraz. After completing his degree in civil engineering, he began writing scripts and directing short films, documentaries and commercials, and wrote and directed two animated series and a film for television. His first fiction feature, Risk of Acid Rain (2015), deals with the struggles of the Iranian middle class and was screened at more than thirty international festivals. Behtash then co-directed a documentary feature with Maryam Moghaddam, The Invincible Diplomacy of Mr Naderi (2017), about an eccentric Iranian man who wants to reconcile the US and Iran. In 2018, he was a jury member for the Ingmar Bergman Award in Sweden.

Maryam Moghaddam was born in Tehran. She is an actress, screenwriter and director. She graduated from the Performing Arts School of Gothenburg, Sweden. She has worked as an actress in various Swedish theatres, including Göteborgs Stadsteater. She starred in a number of Iranian films, including Jafar Panahi and Kambuzia Partovi’s Closed Curtain, which premiered at the 63rd Berlin International Film Festival in 2013 and won the Silver Bear.

Ballad of a White Cow