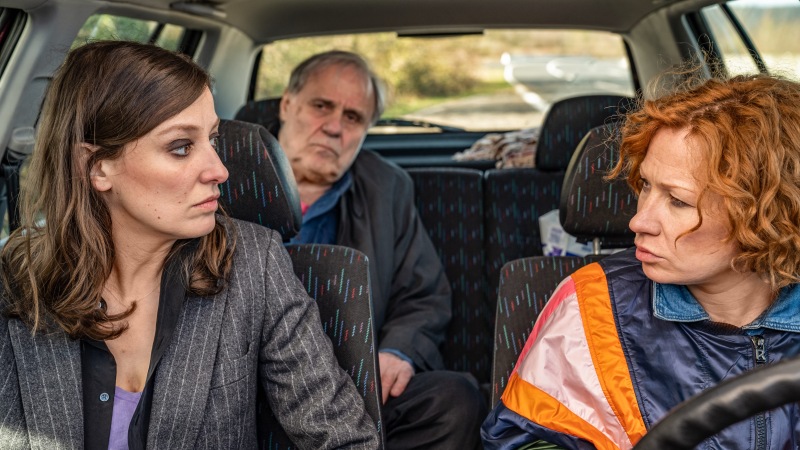 Martha and Betty have known each other for twenty years and they have decided to break through. What the two best friends also share are problems with their fathers that have been smoldering for ages; unresolved relationships that hang over them like storm clouds; filled to the brim with reproaches, fears, and unspoken hurts. But while Martha realizes that her father has only faked his death wish in order to see the great love of his life again on Lake Maggiore, Betty mourns her stepfather Ernesto, who supposedly died years ago. What began as a day trip to Switzerland turns this way into a road trip through half of Europe, ending up in Greece, and reveals the startling truth that death is not always the end…

Writer and director Nana Neul was born in Werther in 1974. She studied at the Academy of Media Arts in Cologne. In 2007 and following several short films, she directed her first feature film To Faro, which received the Best Screenplay Award at the 29th Max Ophüls Awards Ceremony. Her second feature, Silent Summer (2013), for which she also wrote the screenplay, was screened in the Neues Deutsches Kino series at Filmfest München. Daughters is her third work for cinema. She’s currently working on the adaptation of her book Senior Expert (project in-development).