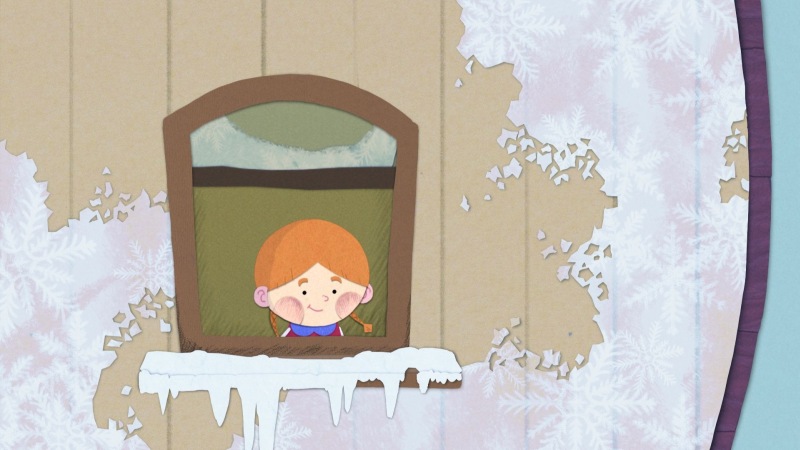 Thumbeline and Fingerita live alone with their mother at the edge of a forest overlooking a village. Thumbeline, a rather sulky teenager, isn't as helpful as her little sister Fingerita who willingly offers to go and gather firewood in the forest. When Fingerita's hat falls into an old well, she climbs down to get it and discovers the enchanting world of Old Mother Snow, who makes the snowfall every time she shakes her eiderdown!

After obtaining a DMA at the ESAAT, Célia Tisserant earned a place on the FCIL course proposed by the school, which gave her the opportunity to study animation in more depth, while gaining professional experience by working part-time at Films du Nord from 2016 to 2017. The additional year of study enabled her to work with Nicolas Liguori on his film The Wind in the Reeds, before developing and directing her first short film, The Golden Tortoise, co-directed with Célia Tocco.

Arnaud Demuynck is a director, producer, and scriptwriter. His works include a short fiction film, The Lock (2000), and animated films like Signs of Life (2004), The Shadow of the Veil (2006), and Breakout (2007). He writes films for young audiences, based on traditional stories, nursery rhymes, and children’s books.