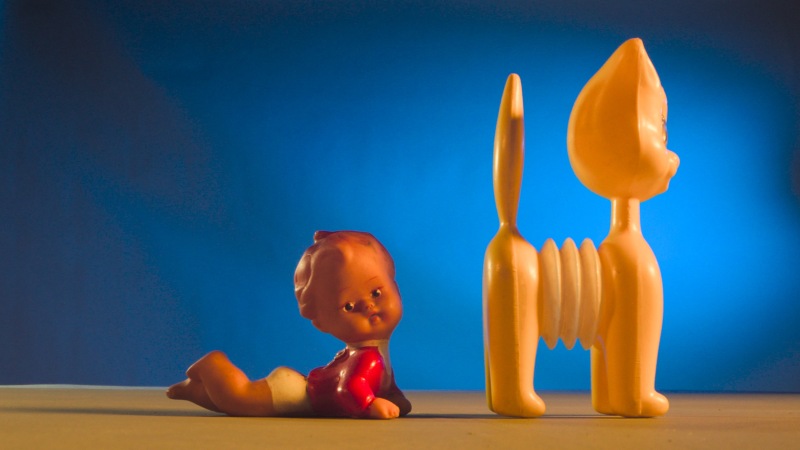 The life of human beings, seen from birth to old age. Only that this generic life is not represented with humans, but with the artifacts that we the humans have created for our children (or should we say “cubs”?), in order to prepare them for life: the toys. So, the film is a collage of scenes in which the toys help us understand better a possible essence of our life.

Radu Jude is a Romanian director and screenwriter. In 2006, he made the short film The Tube with a Hat, winner of more than 50 international awards. Jude's feature debut The Happiest Girl in the World (2009) was selected for more than 50 international film festivals. Titles such as Aferim!, Scarred Hearts, and Everybody in Our Family followed and won multiple awards: Silver Bear for Best Director in Berlinale 2015, Special Jury Prize in Locarno 2016, and an EFA nomination for Best Scriptwriter. I Do Not Care If We Go Down in History as Barbarians (2018) won the Crystal Globe for Best Film and Label Europa Cinema Prize in Karlovy Vary in 2018. His latest feature, Bad Luck Banging or Loony Porn, won the Golden Bear in Berlinale 2021. In the summer of 2021, Radu Jude was present in Locarno IFF – Corti d’Autore with the short Caricaturana and in Venice IFF – Out of Competition with the short film Semiotic Plastic. In 2022, Jude returned to Berlinale with a short documentary Memories from the Eastern Front (co-directed with Adrian Cioflâncă).