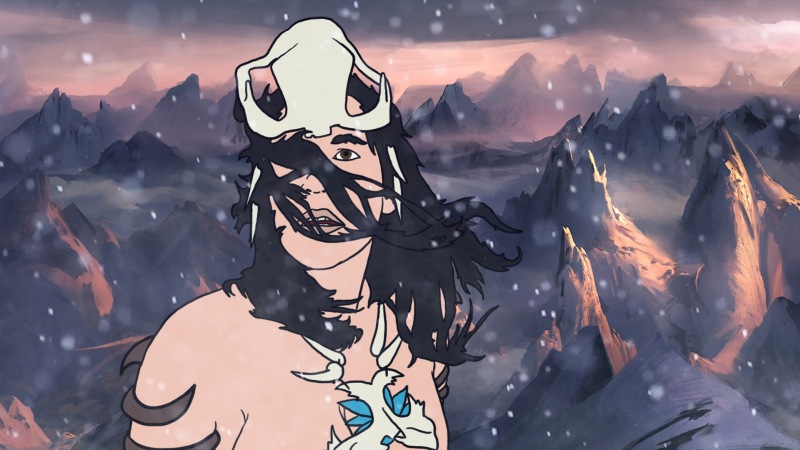 In this ultra-violent fantasy epic, ancient dark magic falls into sinister hands and unleashes ages of suffering onto mankind. A group of heroes from different eras and cultures must band together in order to defeat it at all costs. This mind-blowing hand-rotoscoped epic inspired by the cult classic works of artists like Ralph Bakshi and Frank Franzetta releases the full potential of the fantasy genre as it was in the 1970s: boundary-pushing, politically progressive, and utterly fearless.

Philip Gelatt has worked across multiple media including videogames, comics, and film. His first film as writer and director, The Bleeding House, premiered at the Tribeca Film Festival in 2011. He went on to write the Nebula Award-nominated film Europa Report starring Sharlto Copley and Annamaria Marinca. He then jumped to video games, winning a WGA writing award in 2016 for his work on Square Enix Tomb Raider. In 2018, he wrote and directed the surreal sci-fi thriller They Remain starring William Jackson Harper and Rebecca Henderson. He is currently lead writer on the adult animated Netflix series Love Death + Robots. The Spine of Night is his third feature film.

Refining a modern approach to hand-drawn rotoscope animation has seen Morgan Galen King sequestered and drawing for the better part of a decade, finally culminating with The Spine of Night. Currently residing in Halifax, Nova Scotia, by way of Philadelphia, King's process draws heavily on the work of Ralph Bakshi and the cult classic Heavy Metal. The Spine of Night is his first feature film.

The Spine of Night