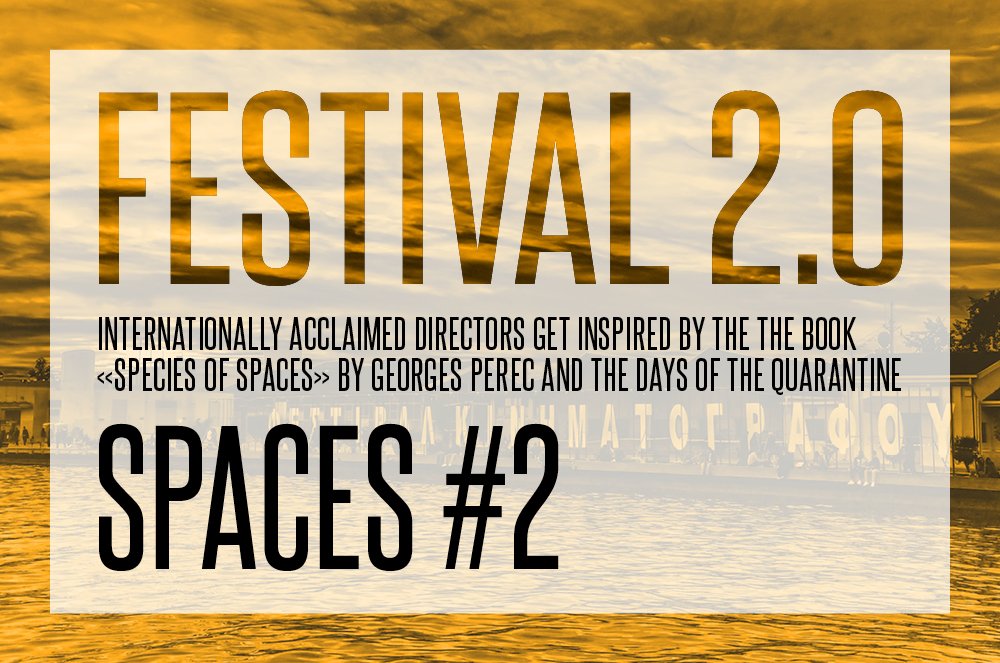 Seven short films. Seven influential directors from around the world. A portrait of the quarantine which tears down all borders.

The Thessaloniki International Film Festival presents on its YouTube channel, the project Spaces #2, with the support of the Ministry of Culture.

Renowned international directors have created their short film, inspired by the book “Species of Spaces” by Georges Perec and the days of the quarantine.

“Spaces #2” is comprised by the films:

These Days by Mateo Bendesky

Be Absolute for Death by John C. Lynch

You can watch Spaces #2 here:

Find out more about the directors participating in “Spaces #2”:

Tarik Aktas, who was born in Germany and currently lives and works in Istanbul, is one of the most resonant voices of Turkish cinema. We met him through his first feature film, Dead Horse Nebula, which participated in the Agora Docs in Progress of the 58th Thessaloniki International Film Festival and was later awarded at the Locarno Film Festival.

Mateo Bendesky is the most prominent representative of new Argentine cinema. Last year, he enchanted the audience of the 60th Thessaloniki International Film Festival with the bittersweet story of Family Members, which premiered at the Panorama section of the Berlinale.

Rachel Leah Jones, the American-Israeli director of Advocate, who was in the short list for an Academy Award and won the Golden Alexander at the Thessaloniki Documentary Festival, fixes a bold gaze on reality and in her work deals with social and political issues in Israel and Palestine.

Awarded Romanian director Radu Jude presented Balkan history like no other, with his ingenious Aferim! (Silver Bear for Best Director at the 2015 Berlinale) and I Don't Care if We Go Down in History as Barbarians.

A realist philosopher from the new generation of Chinese cinema, the great and multi-talented director Jia Zhang-ke, captures a sincere and uncompromising impression of life as it really is. With his films Ash is the Purest White, A Touch of Sin, Still Life he has travelled to the most important international film festivals, such as Cannes Film Festival and Venice Film Festival, where he won the Golden Lion for his film Still Life.