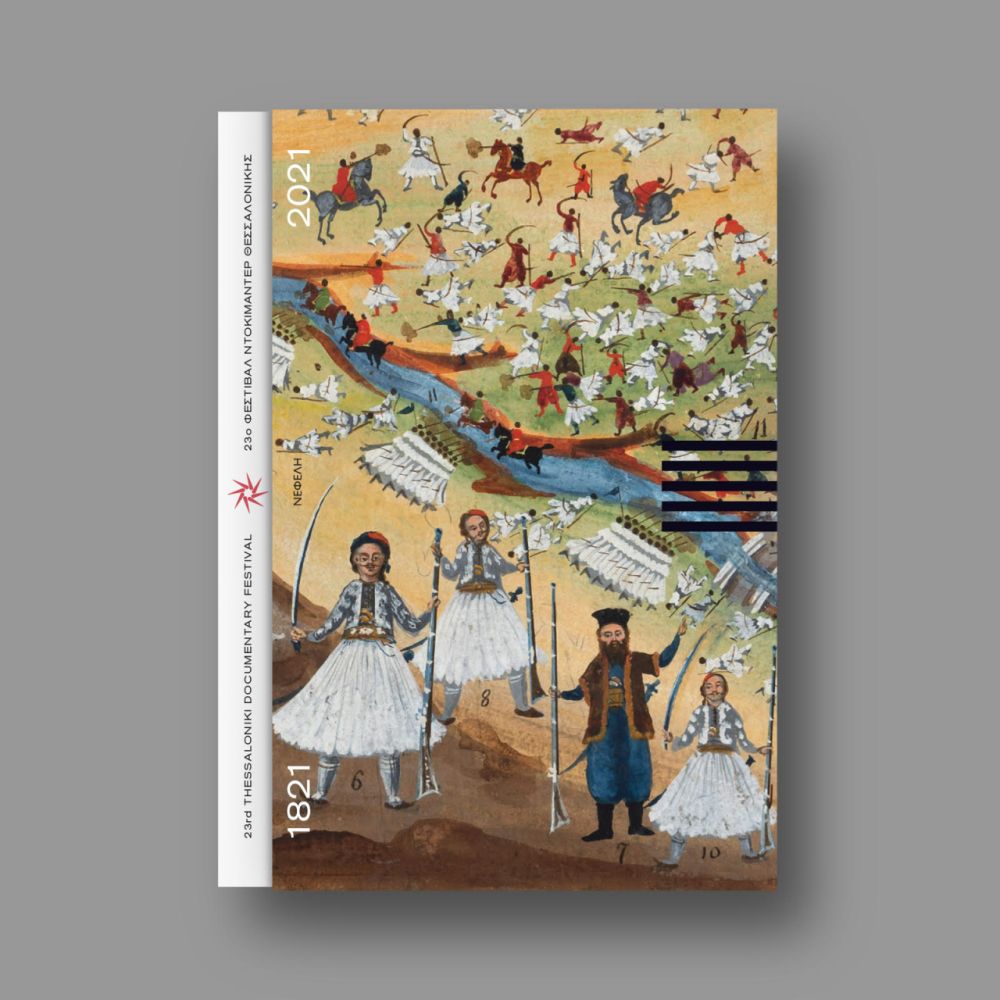 The Non-Catalogue of the 23rd Thessaloniki Documentary Festival is dedicated to the Bicentennial of the Greek Revolution. It is a special 344-page edition from the Non-Catalogue series, which examines - through rich illustration and on the basis of the relationship between speech and the moving image - issues such as the formation of national identity, collective trauma and memory.

The first section of the publication includes articles written in the context of the research conducted on the development of the application e21 and the study the legacy of Makriyannis and Zografos, as an example of "early graphic novels or documentaries". Contributors: Orestis Andreadakis (Artistic Director of the Thessaloniki Film Festival), Dimitris P. Sotiropoulos (Professor of Contemporary Political History and President of the Department of Administrative Science & Technology at the University of Peloponnese), Babis Venetopoulos (Assistant Professor at the School of Fine Arts, Aristotle University of Thessaloniki) and Geli Mademli (Publications Coordinator of the Thessaloniki Film Festival).

The bilingual edition, designed by Karlopoulos&Associates, will be available at the Festival’s e-shop and in bookstores, in collaboration with Nefeli Publications.