The 61st TIFF takes art to the public space

The 61st Thessaloniki International Film Festival hosts a series of exhibitions and visual events in the heart of the public space. Art works, installations, and video mapping take center stage at the streets, the squares and the Port of Thessaloniki, within the framework of 61st TIFF’s main concept “Intimacy: a Modern Tyranny”, inspired by Richard Sennett’s book The Fall of Public Man, and out of the need to re-appropriate public space. On account of the pandemic, we were driven to consume art privately; therefore, it is necessary for art to recapture its place in the public space.

To this end, the Festival takes art back to the streets of Thessaloniki. This way, even during short-timed walks for exercise, groceries and the covering of basic needs, amidst these hard days we’re going through, Thessaloniki’s residents will have the chance to take a glance at images and snapshots of joy and hope.

We light up the Port! At the Port’s pier 1, at the former nursery station building, a big-size and glass-packed structure, the Festival showcases The Glasshouse Project.

The Glasshouse Project is an installation commissioned to artist Nikos Rakkas that draws inspiration from the conditions of confinement we’re experiencing during this unprecedented situation. The installation will adorn the former nursery station on a daily basis. All of the building’s glasses have been covered with multicolored slides that are lit up from the inside, generating a multicolor light, visible from the entire seaside front of Thessaloniki, as the night falls.

“The idea was to build a light-based installation. A multicolor light, which, even if cooked up in quarantine like ourselves, has the power to brighten up the entire city, offering a glimpse of hope and courage”, points out Orestis Andreadakis, TIFF’s Artistic Director and the project’s curator.

Nikos Rakkas, the artist behind The Glasshouse Project, goes on to say: “I was suddenly picturing the people around me and my own world inside little boxes, having found the way to shine brightly. Little boxes with pervasive light inside them, whose glow was and still is an essential element of my microcosm. The building at the pier was an everyday companion for me during that time, therefore the ideal location to set up the installation.”

At the same time, a luminous board has been placed in the interior premises of the former nursery station on the surface of which, verses, poems and short texts will be attached and projected every day.

The kick-off was with Giorgos Seferis’ haiku

giving the floor to the verses of Father Simeon on Monday

Laying drops one by one,

a bedrock of breeze.

Take a glimpse of The Glasshouse Project on the following video:

Nikos Rakkas is a Thessaloniki-based visual artist and photographer. He creates conceptual window displays and installations in stores, bars and outdoor spaces. He is the artist behind The Playmobil project, where he photographs Playmobil figures as if regular everyday people.

Cinema and visual art team up and take art to the public space. Twelve art works by Greek visual artists, inspired by the International Competition section films, are exhibited at the least expected locations, in Thessaloniki. A journey through the unique and perplex urban landscape of nowadays.

The Festival has assigned yet for another year 12 Greek visual artists to delve into an International Competition section film and craft a work inspired by this particular movie. The exhibition, carried out in collaboration with the Metropolitan Organization of Museums of Visual Arts (MOMus) with the support of the Outset Contemporary Art Fund Greece, was scheduled to be hosted, as every year, at the MOMus – Experimental Center for the Arts (Warehouse B1, Port of Thessaloniki). Following the latest developments regarding the pandemic, the exhibition takes place in open-air locations, as planned. 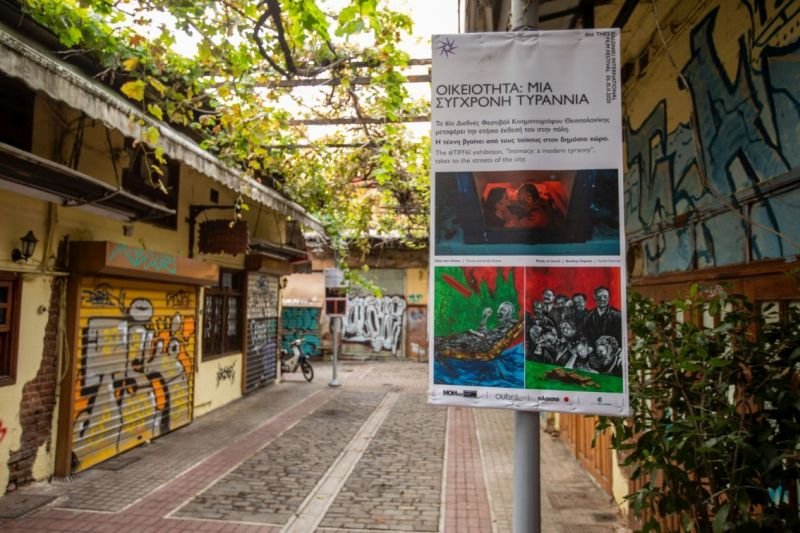 The artists taking part in the exhibition are the following:

In addition, 12 big-size representations of the works, illustrated on canvases, will be exhibited on the external walls of building at the Port’s pier, claiming a place in the public space.

The exhibition is scheduled to be hosted, after its completion in Thessaloniki, in Athens as well, at The Project Gallery (3, Normanou str., Monastiraki)

Incidents in (Past) Future Perfect Tense 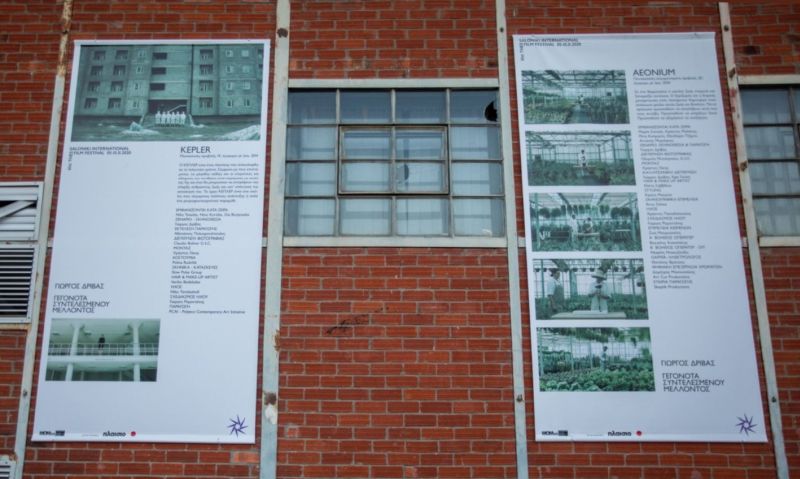 In tandem, photos of George Drivas’ video-installation, Incidents in (Past) Future Perfect Tense, have been printed on banners and are exhibited at the Port, alongside the 12 visual artists’ works.

George Drivas’ works focus on the relationship of mankind with nature, science, technology, and time.

The videos AEONIUM (20΄) and Kepler (14΄) will be available to the public from 10:00 am on Thursday November 12 until 10:00 am on Friday, free of charge, on the Festival’s online platform. In Aeonium, the uprooting and the constant replantation of a succulent plant, in a greenhouse, triggers a never-ending vicious circle of life and death. Kepler is a comment on the modern-day growth politics or maybe one might call it a retro-futuristic fairy tale.

A unique visual installation at the Port: 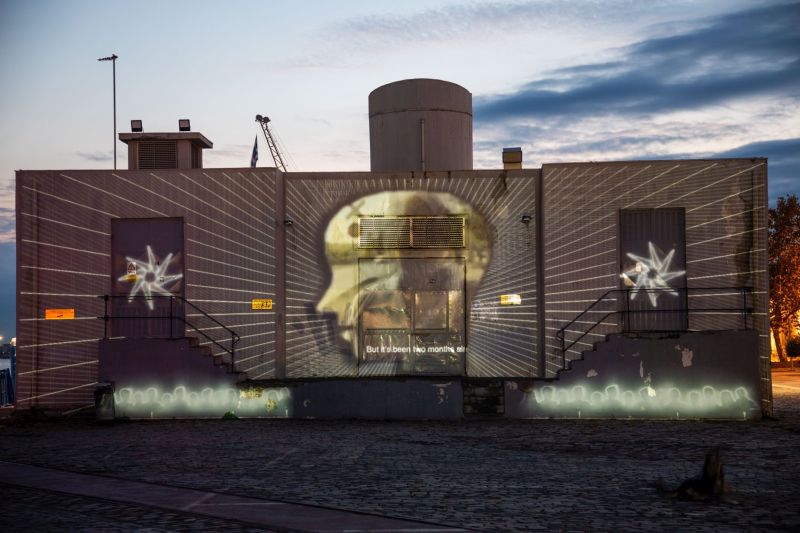 Incidents in (Past) Future Perfect Tense: