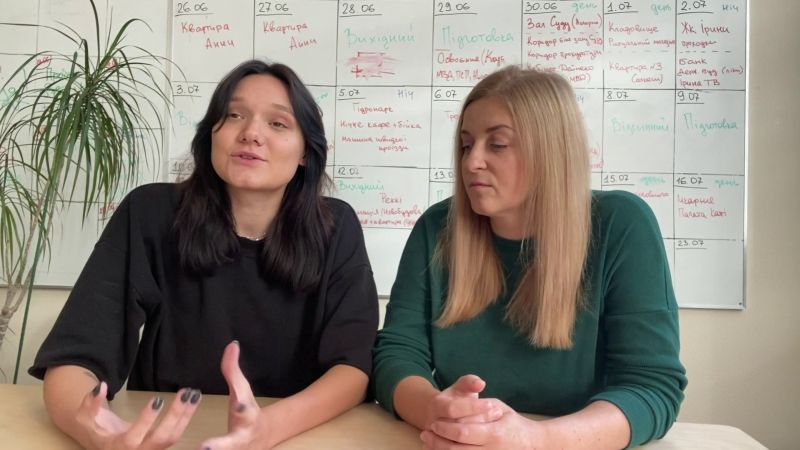 The Works in Progress

Eleven films participate in the Works in Progress section by the 61st TIFF’s Agora (November 10 – 13, 2020), which takes place online. The films in the editing or post-production stage, among them two Greek films, were pitched and presented on November 10 to the industry professionals.

Journalist Kostis Zafeirakis welcomed the participants through a video with images from the Festival’s premises in Thessaloniki. “Let’s all close our eyes and pretend we are in Olympion theater. The staff is checking your accreditations and the filmmakers are ready to go on stage for their presentations. It’s time for me to present our jury”.

Dorien van de Pas, Head of New Screen NL, Representative of Eurimages, said: “I was really hoping to go back to Thessaloniki and be a member of the jury, like a few years back. However, due to Covid-19, we will be online and have as much fun as ever. I hope to be able to come and watch the films in the cinema and meet the whole team”. Michael Stütz, Head of Panorama, Berlin Film Festival, said: “I am extremely proud to be part of the jury and I can’t wait to discuss the projects with my colleagues, support some of them with cash prizes and salute the Thessaloniki International Film Festival, which takes place again this year. I am sorry that I can’t be there, but I hope to make it in the next few years.” Karina Korenblum, Sales & Acquisitions, Cercamon / Screenbox, said: “It is my joy and honor to participate in the Agora. Unfortunately, we can’t meet up, but I hope we can do it at some point and celebrate cinema”. The greetings by the jury were concluded by Yorgos Zois, director and producer, Greece, who said that he looks forward to participate in the online jury.

Head of Agora, Yianna Sarri, said: “Although it is easier for me to make this video, than to be on the stage of Olympion, I have to admit that I miss not meeting you all in Thessaloniki this time. Let’s hope that in the 62nd Thessaloniki Film Festival we will have the chance to meet in person”. After thanking the Festival team, she said: “I would like to thank all the producers and directors who trusted us with their projects in a difficult period and we hope that you will enjoy watching them, as we did in the selection process”.

Works in Progress focuses on films from Southeastern Europe, the Black Sea and the Mediterranean region.

Ten films were presented for the first time to the industry audience. The creators, besides having the opportunity to meet with sales agents, festival programmers and potential partners are also competing for the prestigious Eurimages Lab Award of a maximum support of 50,000 euros for an innovative and daring (both artistically and in terms of production) film, the Graal post-production Award and the MuSou Music & Sound Award. ERT (Hellenic Broadcasting Corporation) will offer a cash prize of 2,000 euros to a Greek film in post-production in the Agora Lab or Works in Progress section. The awards of the Works in Progress section – both in services and cash prizes – sum up to more than €100,000.

Greece, Poland, Serbia, Ukraine and Turkey are represented in this year’s selection and we hope they have the same success as last year’s films SWEAT (Poland, Sweden) by Magnus von Horn which was in the Official Selection of Cannes 2020 as well as LA ULTIMA PRIMAVERA (The Netherlands, Spain) by Isabel Lamberti, whose film premiered in L’ACID Cannes 2020 and received the New Directors Award at San Sebastián International Film Festival 2020.

CYCLING WITH ZOLI THE TURK

SNOW AND THE BEAR