See you again in the summer!

The first phase of the 23rd Thessaloniki Documentary Festival was completed. In all, 88% of tickets (20,150 tickets) were sold out. Fifty documentaries from around the world were screened from Thursday, March 4 to Sunday, March 14, 2021 through the Festival’s online platform. The summer and hybrid edition of the Thessaloniki Documentary Festival will take place in physical spaces and online from June 24 to July 4! The Festival’s online actions will continue until the summer, with exciting films and surprises.

The documentary The Mole Agent by Maite Alberdi, which, as announced yesterday, is one of the five films that vie for a Best Documentary Oscar, is the film that won the Fischer Audience Award in the Top Docs section of the 23rd Thessaloniki Documentary Festival. It is the touching and unexpected story of an 83-year-old “mole agent” who becomes a resident at a retirement home, in order to uncover if there are incidents of abuse. 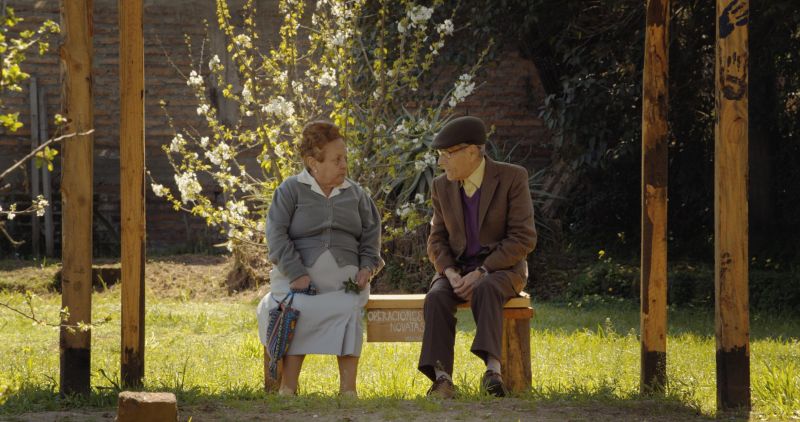 The rest of the Festival’s awards will be announced in the summer edition of the TDF, where the films from the three competition sections and the Greek documentaries will be screened. Also, Agora Docs will take place from June 25 to July 4, 2021.

Presenting the new podcast section, the Festival hosted a series of online workshops for people that want to work professionally with podcasts. The workshops offered tools and expertise on the genres and structure of podcasts. Documentary producer Delphine Saltel discussed content and narrative techniques, audio engineer Peter Leonard talked about sound engineering and production issues, while Gordon Firemark, who has practiced media and entertainment law, explored copyright and legal issues. The workshops will soon be available on our YouTube channel (youtube.com/filmfestivalgr).

Meanwhile, the 23rd TDF hosted an open discussion in Greek on its YouTube channel with Fotis Sergoulopoulos presenter, actor and entrepreneur (podcasts LIFO), Lefteris Charitos, director (pod.gr) and Daphne Karnezis, journalist (founder of The Greek Podcast Project). As part of the new podcast section, an open call will be announced soon for the submission of original podcasts from Greece and abroad.

The Destination: Journey tribute of the 23rd TDF is accompanied by a bilingual special edition, in which artists and academics approach different aspects of the journey. The special edition is available on our e-shop and in bookstores in Greece, with the collaboration of Nefeli Publications.

The online version of the 23rd TDF is feasible through the support of the Ministry of Culture and Sports, the NSRF program of the ROP Central Macedonia 2014-2020, and the MEDIA program. Also, of great value was the support offered by ERT S.A., COSMOTE TV, the Festival’s grand sponsor, Alpha Bank, our accessibility sponsor, Mastercard, the Festival’s official payment card, Aegean Airlines, TIFF’s official air carrier, and Fischer, sponsor of the Audience Awards.