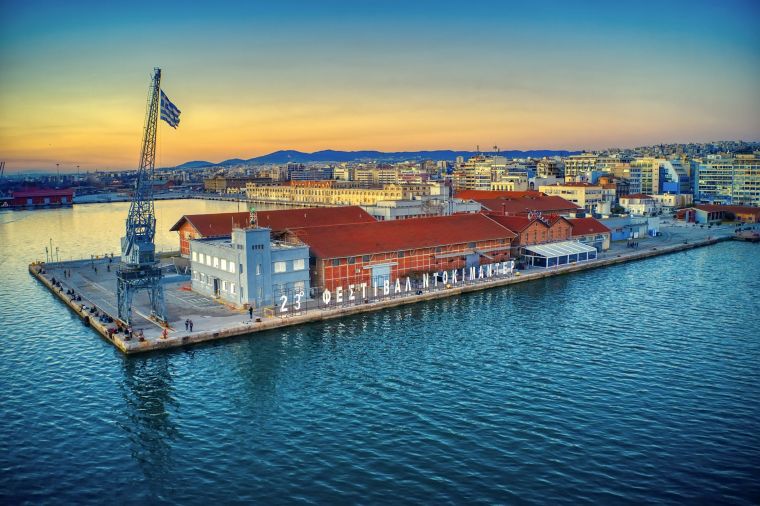 The Agora Docs of the 23rd Thessaloniki Documentary Festival innovates, aiming high with a hybrid edition

More innovative than ever, the Agora Docs of the 23rd Thessaloniki Documentary Festival, the most important film market in Southeast Europe, the Mediterranean and the Middle East, returns for another dynamic edition. One of the first film markets in the world that was organized digitally when the pandemic broke out, Agora Docs innovates again, by using all available tools and new technologies, in order to present new actions and to support successful initiatives in a hybrid event that will take place in physical spaces and online.

Agora Docs, with the support of Creative Europe MEDIA, presents a series of actions aiming to strengthen documentary filmmaking in the wider geographical region. Moreover, industry professionals will participate in Agora Docs in order to discover projects and films and network with filmmakers.

We are extremely happy to announce that ten of the films that have their premiere to the Official Selection of the 23rd Thessaloniki Documentary Festival, were presented and supported by Agora Docs.

Presented at Docs in Progress 2017

Presented at Docs in Progress 2020

Greek Film Centre Award at the Docs in Progress 2020

Presented at Docs in Progress & Thessaloniki Goes to Cannes 2020

Graal Award at Works in Progress 2018

Graal Award at Works in Progress 2020

Presented at Docs in Progress 2019

Presented at Docs in Progress 2016

Thessaloniki Pitching Forum is the co-producing and co-financing platform of the TDF for creative and TV documentaries, as well as for new media documentaries (virtual and enhanced reality). The participants will have the opportunity to discuss their projects, to receive feedback and advice during an online two-day lab and prepare for pitching with the help of documentary professionals. Then, they will present their project at the Pitching Forum to an international panel of experts and have individual meetings with top film professionals.

The awards of the Thessaloniki Pitching Forum are: The Thessaloniki Pitching Forum Award (2,000 euro), the ERT – Thessaloniki Pitching Forum Award (2,000 euro) to a Greek project, the Mediterranean Film Institute Award (MFI Script2Film Workshop), that offers a DocLab scholarship worth 2,500 euro, as well as accommodation in Nisyros and Rhodes islands where the MFI takes place). Further awards are: the DAE - Documentary Association of Europe Award (Consultation and free membership), the Aylon Productions Digital Services Award (Digitization by Aylon Productions) and the Beldocs Award (Accommodation and Accreditation for the next International Documentary Festival Beldocs in September 2021).

The international jury of the Thessaloniki Pitching Forum consists of:

The tutors of the Thessaloniki Pitching Forum are:

The international Agora Docs in Progress jury consists, among others, of:

The Pitching Training will be supervised by documentary consultant and programmer Anna Glogowski.

The Agora Docs initiative strengthens the films that are in the post-production stage and offers guidance and advice from experts. The selection is made via the Docs in Progress submissions of the Greek films. One project will be awarded by the tutors with the Guidance Award by Paradiddle Pictures - Denmark.

Looking into the future, Agora Docs sheds a spotlight on up-and-coming documentary filmmakers from the Balkan and Southeast European region, who are at the beginning of their promising career. After successfully focusing on directors and directors of photography from Greece, this year the focus is on upcoming talents from Serbia with the support of the Film Centre Serbia.

Award-winning producer Rea Apostolides (Anemon Productions) will be the tutor for the presentation.

Agora Docs gives the opportunity for onsite and online meetings with the participating industry professionals. Topics will include festival strategy, documentary funding, distribution, Media desk help, TV buys, social media and marketing among others. Agora Docs supports, for yet another year, documentary filmmaking in every possible way.