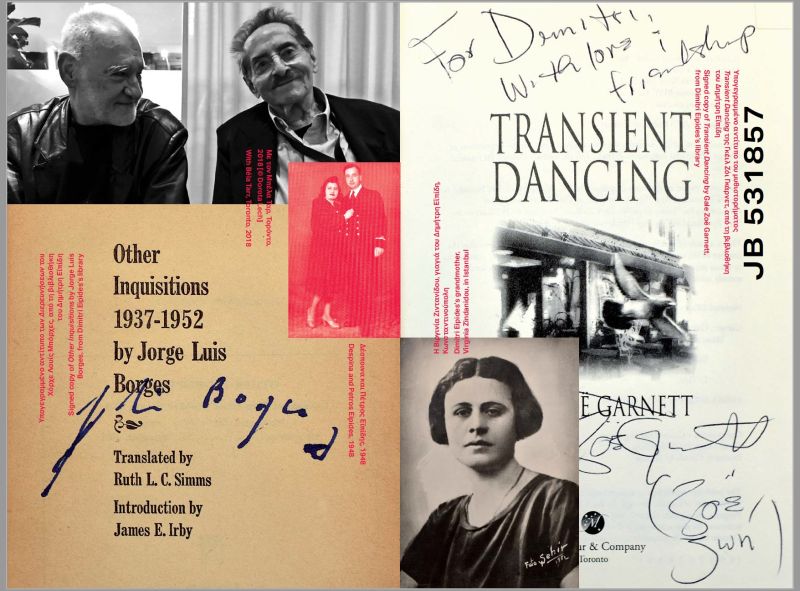 A book for Dimitri Eipides

The Festival honours D. Eipides with a bilingual publication full of his life and his work

Dimitri Eipides’ personality and vision, as well as his impact on the world cinema stage are illustrated in the 232 pages of this special bilingual publication. The Thessaloniki Film Festival honours, through this publication, the man who founded the Thessaloniki Documentary Festival, who ran the organisation and taught us how to watch cinema with a new set of eyes.

Standouts in world cinema, Festival’ s people, collaborators, and friends attempt to outline Dimitri Eipides personality. A task bound to be difficult for such a person who was ahead of his time and sensed all changes in cinema trends before they occurred.

Through texts by important personalities of world cinema and Eipides’ collaborators, as well as through rare photographs and material from his personal archive, the publication records the milestones of his life and career on five continents, from the 60s to the present, highlighting different aspects of his life and his work. The publication also includes original texts written by important directors Eipides was related with - and in most cases he was the one to bring them out - as well as texts written by outstanding personalities of the Festival scene worldwide and collaborators who had been trained by Dimitri Eipides and discovered, thanks to his vision, a new kind of cinema.

In the publication we find texts by a lot of people in the creative fields of contemporary cinema: Sara Driver, the emblematic personality of the New York artistic scene, Jafar Panahi, the multi-award winning Iranian filmmaker, Mohsen Makhmalbaf, the patriarch of the Iranian cinema, Béla Tarr, the great Hungarian filmmaker, Ulrich Seidl, the daring Austrian director, and finally Toby Lee, the artist, academic and anthropologist talk about this man who changed, in his own way, art-house cinema. At the same time, Alberto Barbera, the General Director of the Venice Film Festival, Piers Handling, the former CEO and Executive Director of the Toronto Film Festival, Claude Chamberlan, the co-founder (with Eipides) of Montreal’s Festival du Nouveau Cinéma, Ally Derks, founder and former general director of International Documentary Film Festival Amsterdam (IDFA), as well as Andréa Picard, Senior Film Programmer at the Toronto International Film Festival, colleague –and friend – with Dimitri, for over a decade, recall Eipides’ contribution to world cinema and convey, through their narrations, the atmosphere of the film festival scene.

The special edition is released in the framework of the 23rd Thessaloniki Documentary Festival which is held until the 4th of July in open-air movie theatres and online. The publication is available in the Festival e-shop, as well as in all bookstores, with the collaboration of Nefeli publications.

In addition, the Berlin Film Festival section Berlinale Talents and the Thessaloniki Film Festival have put into place, last March, a prize awarded in Doc Stations, for a script or an idea for documentary, in the framework of the 71st Berlin Film Festival. The award, accompanied by a cash prize of 5,000 euros, intends to support promising filmmakers, Dimitri Eipides had always believed in. The prize was awarded to Miguel Antunes Ramos for his project Dragons.