Screenings and activities for the entire family in North Evia

Thessaloniki International Film Festival is gearing up for its summer get-together with the audience in North Evia, setting up a programme for parents and children. Within the framework of Evia Film Project, we will enjoy films that explore humans’ relation with nature, take part in exciting cinema workshops for children and play an environment-oriented board game. All actions have free admission for the public.

Evia Film Project, part of the “Fotodotes” section of the specially designated programme for the rebuilding and the restoration of Evia, planned and executed by the Ministry of Culture and Sports, coincides with the closing of school and includes activities destined for the entire family.

On Wednesday June 15th, at 7pm, we embark on a “A Cinema Journey” into the world of the 7th art, discovering benchmark chapters of cinema history, getting acquainted with film genres, taking on different roles and specialties, and shooting a collective short film on the human-nature relationship. The workshop is open to the public and will be held at “To Apostagma”, in Agia Anna.

In addition, on Saturday June 18th, at 6pm, the children’s cinema workshop “Let’s Play Cinema in North Evia” will be held at Mela Building, in Limni. Having organized events in schools and venues, promoting Art Education all over Greece, focusing on small rural communities like Gavdos, Agios Efstratios, the Ionian Islands, Diapontia Islands, Icaria, Fournoi, Thymaina, Leipsoi, Kalymnos, Telendos, Sifnos, Serifos, Paros, Kimolos and Small Cyclades among others, Cinemathesis presents its summer events for 2022 with the educational experiential cinema workshop ‘Let’s play Cinema in North Evia’. This time, our eyes are set on environmental conservation and sustainability.

Initially, the programme takes us back to the early days of film-making in an attempt to familiarize students with the concept of Fine Arts and the early cinematographers’ need to depict everyday stories. We then continue to observe the present situation and make a personal statement on all this, through simple means of audio-visual expression.

We construct pre-cinematic optical toys, create characters, take pictures, watch and discuss excerpts from films which focus on the environment; we also make script drafts, design storyboards, film our ideas and have fun with the concept of the moving picture through various experiential actions. The diffusion of knowledge and skills provided within the two hours of engaging with cinematic tools will enable each young participant to become a viewer, a critic and a creator as well.

Further information on programme structure, members’ information and audio-visual material from previous events is available on our website www.cinemathesis.com.

The workshop will be followed by a treat for Evia Film Project’s little guests, just before the screening of the animated children’s film The Red Turtle, at Elimnion cinema, in Limni, at 9.30pm. Within the framework of Evia Film Project, a series of fiction and documentary environment-themed films, suited for both children and teenagers, will be screened. 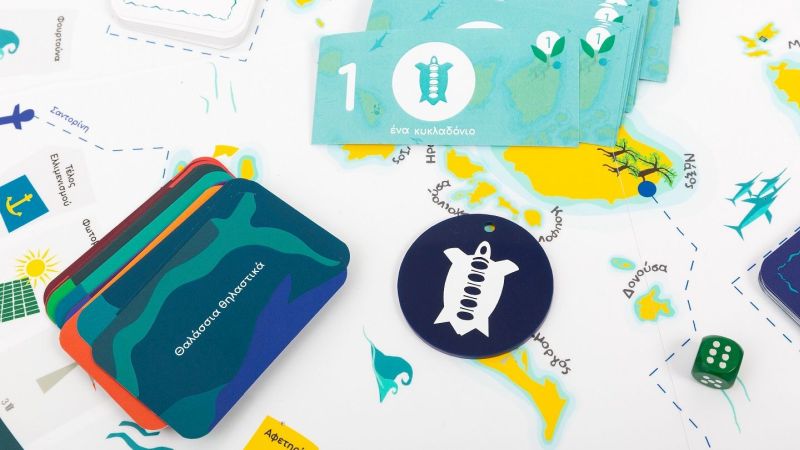 Within the framework of Evia Film Project’s activities, the Festival is teaming up with the Museum of Cycladic Art and WWF Hellas to offer some fun hours of entertaining and educational playtime for children, youngsters, and all those feeling like children, at Mela Building, in Limni, on Friday June 17th (from 5.30pm to 8.30pm), Saturday June 18th (from 11am to 6pm), and Sunday June 19th (from 5.30pm to 8.30 pm)

“Cycladoupolis” is a board game of environmental education designed by the Museum of Cycladic Art and WWF Greece, and addressed to children over 6 years old. Its main goal is to make kids grasp the value of nature to our life on the planet and clue them in on the Cyclades’ precious biodiversity, as well as on the notion of sustainable growth, through a series of fun challenges and riddles.

The game is aiming at raising awareness on issues of environment protection and inspire parents and children to adopt a new attitude towards life. The game board represents the natural environment and the prospects of sustainable growth. As the game kicks off, 120 banknotes of one “cycladonium” are distributed from the banker to the players. Depending on the dice roll, the player could land on the 16 “Calm” cards, earning cycladoniums, or in the 16 “Storm” cards, paying cycladoniums, whereas the 22 “protection cards” allow the player to but “protection” in the following categories: Marine Mammals, Fish, Renewable Energy Sources, Mediterranean Vegetation, Cultural and Natural Heritage, Ecotourism Trails etc.

“Cycladoupolis” is aspiring to restore the notion of economy to its primary and fundamental meaning. Children are taught to put their own house in order, which is no different than tending to the needs of the planet they inhabit. They protect the environment to secure resources both for the present and the future. The currency of “Cycladoupolis” represents the essential - rather than a monetary - value of nature to our life on the planet. The goal of the game is not to obtain ownership, but to protect nature and the sustainable activities in the Cyclades. After all, at the end of the day, what is the real trophy? A pocket full of money, but no fresh air to breathe, or a good quality of life?

Screenings for little and… not so little children 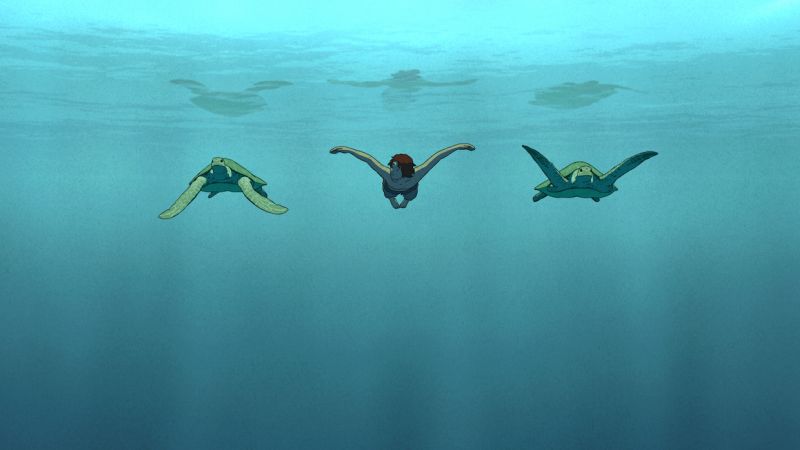