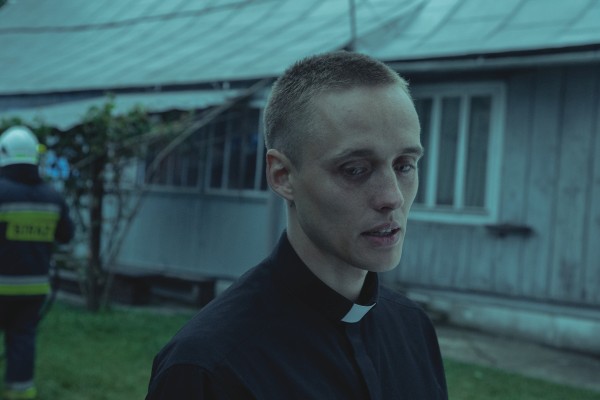 Daniel lives in a juvenile detention center and is haunted by his past crimes. His dream is to become a priest, but his police record ends all discussion. Never say never though, as the Lord definitely works in mysterious – and sarcastic – ways. When sent to work in a remote Polish village, Daniel poses as a man of cloth and not only ends up taking the pulpit, but also delves into a dark secret that eats up the local flock like cancer. A spiritual journey that explores faith and sin, power structures and class clashes, through the eyes of a lovable and morally ambiguous outcast.

Polish director Jan Komasa studied directing at the renowned Łódź Film School. His short film Nice to See You premiered at the Cannes’ Cinéfondation section, where it received the third prize. His feature film debut Suicide Room premiered at the Panorama section of the Berlinale and attracted over 800,000 viewers in Polish cinemas. His second film, war blockbuster Warsaw ’44, became a major box-office hit. Corpus Christi is his third feature film.