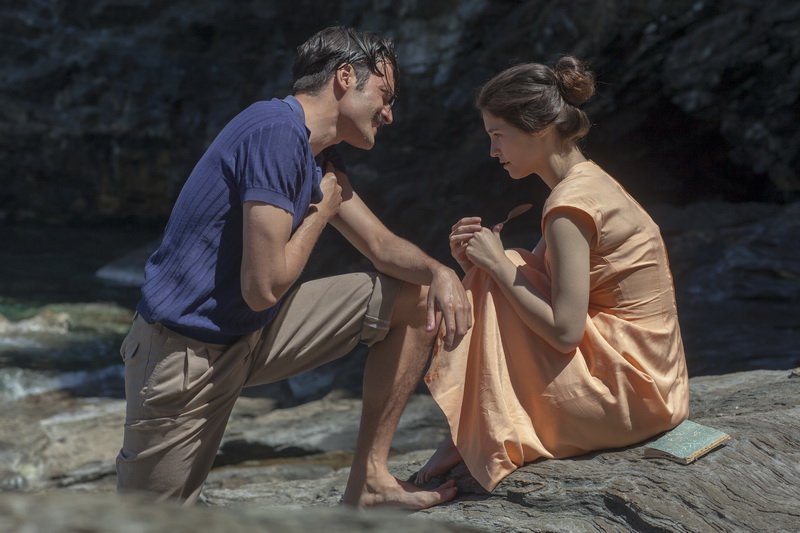 Twenty-year-old Orsa is passionately in love with second mate Spyros Maltabes. A loner who keeps to herself, she doesn’t reveal her secret to anyone. Her younger sister, Moscha, forceful and full of dreams, wants to leave Andros and escape the fate of the island’s women to marry sailors who are always away from home or who perish at sea. Mina, their mother, herself the wife of a captain who prefers the Atlantico Sur to his home, believes that love brings only trouble and pain. Without considering her girls’ feelings, and driven by greed, she conspires and uses her connections in order to marry off her daughters; Orsa to the ship owner and captain Nikos Vatokouzis, and later Moscha to the very man she rejected as a husband for Orsa, Spyros Maltabes, who returns to the island after some years as an accomplished captain. Unwittingly, she lays the mines that will destroy her home. The two-store house that she built with her husband’s paychecks. The ground floor intended for Orsa and the first floor for Moscha.

With the support of the GFC.

He was born in Athens in 1940. He studied Film Direction at the Hellenic Cinema and Television School Stavrakos in Athens and after his graduation he worked as an assistant director on many films. His films have received numerous international awards. His latest film, Little England, is the official entry of Greece for the Best Foreign Language Film Academy Award.