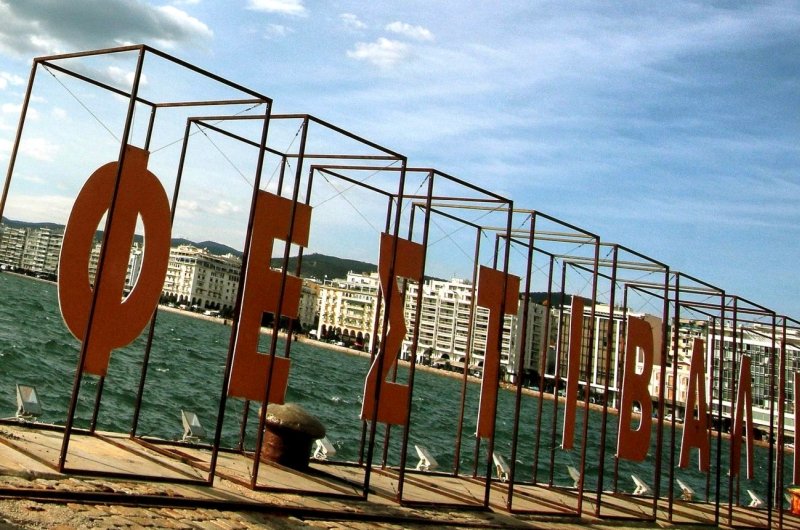 The Thessaloniki International Film Festival has already begun planning for its 61st edition. The Festival’s team is in constant collaboration with the medical authorities, the Ministry of Culture and Sports, the City of Thessaloniki and the Region of Central Macedonia, monitors the COVID-19 situation and is preparing for three scenarios.

The first -and ideal- scenario is the Festival’s return to its natural home, the movie theaters. In this case, the Festival will present a smaller number of films, with more screenings per film, from November 5 to November 15, 2020. The films will be presented in the international competition sections, the tributes and the main program. At the same time, the 61st TIFF will present the Greek productions of the year.

At the same time, the Festival’s team is preparing for two alternative scenarios in case the Festival has to take place digitally.

The Festival’s main goal, especially in these difficult times, is to support the Greek production with specific actions. With this in mind, the 61st TIFF presents a series of actions that will be implemented in all forms of the Festival. Among others, the 61st TIFF:

At the same time, the Festival is working on a plan to create a pioneering, interactive and dynamic platform for the promotion, diffusion and rescue and for archiving Greek cinema in Greece and internationally. It is a past project of the Festival that had the working title Octopus Films. Under the current circumstances, the Festival feels that it is imperative and necessary to complete it.

Film submissions for the 61st TIFF opened on Tuesday, June 16, 2020. The deadline for submissions is the 27th of July.

The submissions deadline for the 61st Thessaloniki International Film Festival has been extended! The  submissions will now be closing on Monday, August 3rd, 2020

The entry form and the regulations are available here: https://www.filmfestival.gr/en/festivals-en/tiff-en

For any further questions: This email address is being protected from spambots. You need JavaScript enabled to view it.

More on Agora’s sections and deadlines:

The Agora Film Market promotes the majority of the feature films participating in the TIFF official sections, as well as additional titles from countries that the Agora focuses on which may be not included in the official selection – thus offering an opportunity so that more films can find their way to other international film festivals, sales agents and distributors. Furthermore, the Agora Film Market includes the previous films of Crossroads participants and a selection of Greek films produced within the past two years. Agora Film Market’s goal is to bring together filmmakers and industry professionals for future collaborations.

The Crossroads team’s goal is to support the producers of feature-length fiction film projects that originate from and/or deal with the Mediterranean, Central and South-eastern European regions. Qualifying features should be produced or co-produced by a country in this area or contain story elements from the aforementioned regions.

Projects should have a producer attached and could be in all stages of pre-production. Our main focus in the selection procedure will be on projects that present a high possibility of being realized, combining this quality with artistic elements. Crossroads introduces producers and directors to a variety of industry professionals from all over the world. The program is varied and provides the opportunity to meet with distributors, broadcasters, sales agents and consultants.

The constant goal of the project is to scout for new talent in the aforementioned countries and to provide producers with opportunities to make their work known in a wider market. Through the actions of the Forum, the selected producers are aided in their efforts to promote their projects outside their countries and to network with potential partners.

In its previous editions, Crossroads included projects by filmmakers such as Deniz Gamze Ergüven (Mustang), Annemarie Jacir (When I Saw You), Angelos Frantzis (Still River), Leila Bouzid (As I Open my Eyes), Sofia Exarchou (Park), Ofir Raul Graizer (The Cakemaker), Gjorce Stavreski (Secret Ingredient) among others.

The Agora Works in Progress hosts sessions reserved only for the invited industry professionals in Thessaloniki. They will be presented to our invited sales agents, distributors, producers and festival programmers. In this way, the professionals have access to films from the countries of the Balkan, Mediterranean and Central European regions just before completion.

The Lab Project Award for unconventional projects bestowed by EURIMAGES – European Cinema Support Fund will be presented during the 61st TIFF to a film project that participates in the TIFF’s Agora Work in Progress section. The award amounts up to €50,000.

Apart from the EURIMAGES’ Lab Project Award, long-time partner Graal post-production house will be offering again, an award in post-production services to a film project that participates in the Works in Progress section. The MuSou AWARD provides composition and production for an original film score, music supervision and assistance in licensing of commercial music for use in the film, as well as audio post production services.